Have you ever wondered what it would be like to start a family without a place to live?  This is the case for so many families as they are forced to live with parents or hop from borrowed house to borrowed house in hopes that some day, they’ll have a home of their own.  This ministry initiated by Dwellings, helps those families get started and is used as an evangelistic tool to reach out to the community. Change a needy family’s future by helping to provide a home and freeing up finances for food, education and healthcare. We take care of the logistics and you provide the labor. Join us for a house build today! 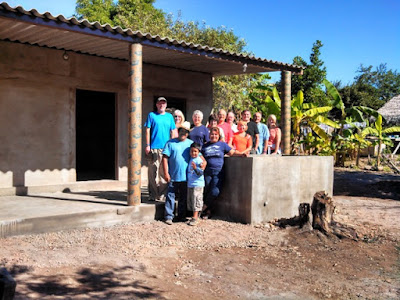 This 600 square foot house serves the basic needs for our local families.  It has a small three foot porch in the front, two bedrooms, a living room with a kitchen and dining area, a bathroom and a water cistern with a washboard and counter in the back, and an open section in the back that will have a gravel floor.  We build our own cinder blocks in advance that fit together like legos.  After strengthening the walls with columns, cement, and stucco, the roof is put on.  With the floor, septic, and water cistern built before the team comes, this house can be done in one week with a group of 10 adults. 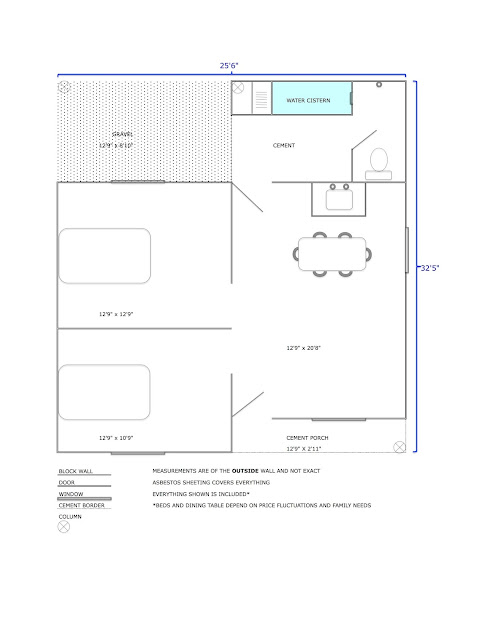 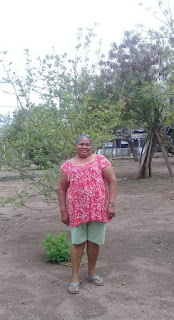 Lucia Herrera was married at 16 years old. Her and her husband worked in the fields and lived in rented homes all of their life together. They had 6 children. It was a difficult marriage due to his drinking habits and abuse. After a while, he left her for another woman and Lucia began to work wherever she could find a place that needed help. She also began to drink and live a life of shame.

When she was around 50 years old, she met another man who helped her break free from alcoholism. They lived happily together for a few years, but in 2019, he was hit by a semi and killed. She decided to return to her hometown, Cofradia, and take care of her mother. Her kids grew up and started living their own lives without much thought of her, except her youngest daughter who visits her and helps her economically. She also cleans houses for people in the city from time to time.

Her greatest desire is to be able to have her own house and she is waiting on God to make that a reality. 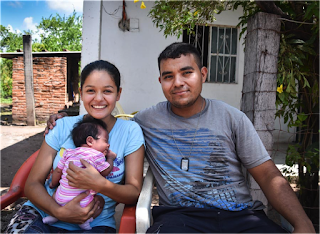 Guillermo (Guille) Orozco and Valeria Rodriguez have a young daughter named Kathy. Guille is from Cofradía, and Valeria is from the nearby town Paso Real.

The couple shares a deep sense of responsibility before God to care for their family.  They currently live in the house that belonged to Guille’s great-grandmother. Guille’s grandfather gave them some land as a gift, but Guille wants to save up the money to pay him for it.  Guille does everything he can to earn money: he helps with construction projects, repairs electrical items, and works in the fields. Sometimes, he works in the state capital, Tepic—about an hour and a half from Cofradia—helping with construction projects and selling fish and shrimp. Valeria stays home and takes care of Kathy. The family’s income still is not enough to pay for a house.

Valeria and Guille agree that if they were selected to receive a house, it would truly be a blessing from God. 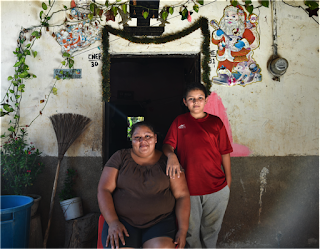 María Vázquez is a hard working single mother raising her young son, Eric in the nearby town of Santa Fe.  When she was younger, María worked in Ruiz where she met Eric’s dad.  He moved to the United States, and later María and Eric moved there to be with him.  It didn’t work out for them, so María and Eric moved back to Mexico and stayed with her sister.  However, when her sister’s husband returned home, they had to move out.  She rented a house for a while, but it was very difficult for her to make the payments with money she earned selling meals.  When her brother and his family moved to Cofradía, they loaned María their house in Santa Fe, but have since sold their place.  Now, Maria and her son live in a palm roofed shack that her dad built on his property. For her, having a home would mean happiness, peace and the security of having a place of her own where she knows she would never be asked to leave.

Be a blessing to a family
and help change their life.
Contact us for more information
and reserve dates to build a home.