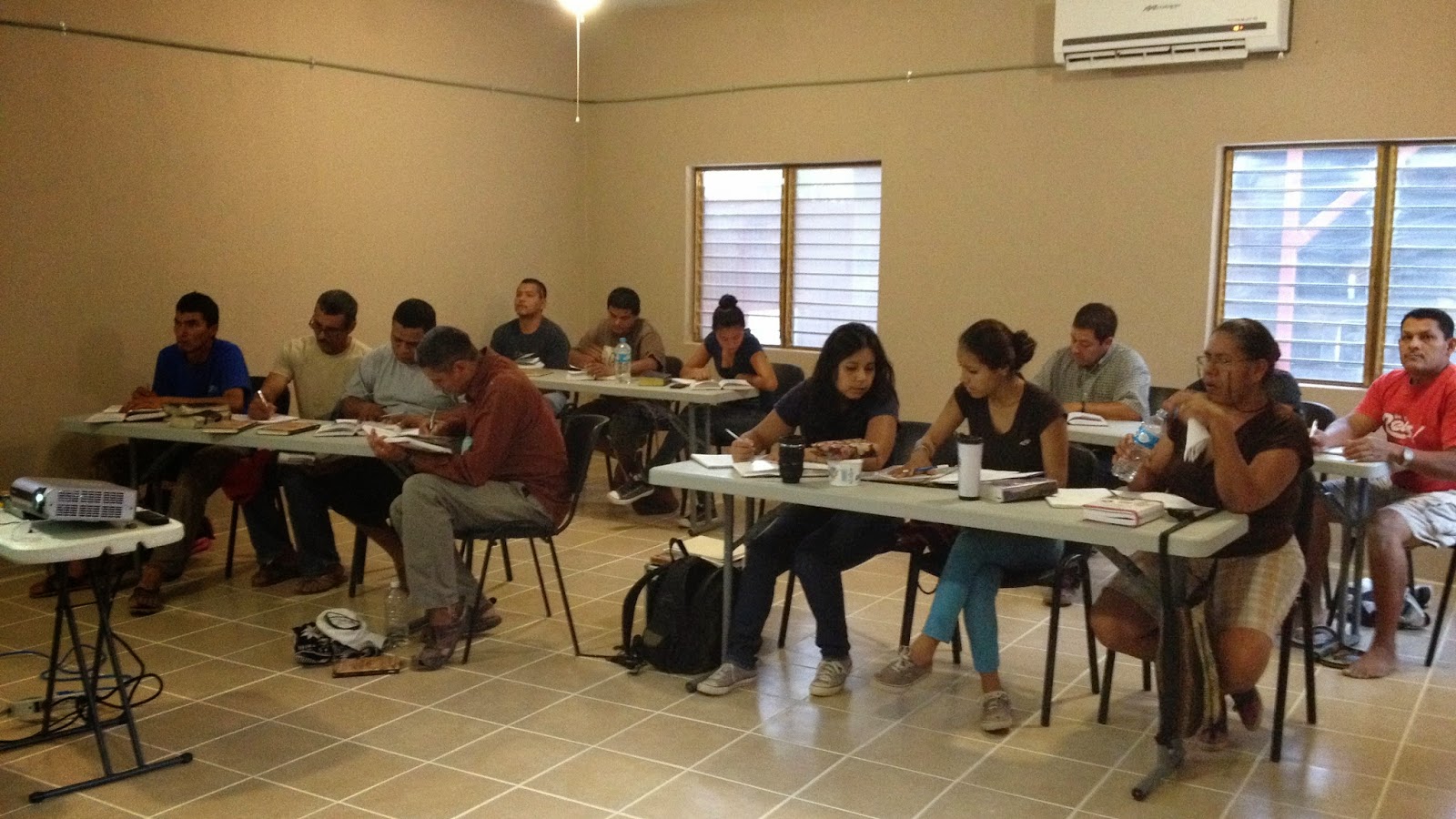 The students are half-way through the second term as they are studying Bible Survey II and History of the Church II.  Really cool things are happening and some great discussion times!

Click here to see more and how you can get involved.
Posted by The Silbermans at 8:06 AM No comments:

Emma turned 8 years old on April 10.  We celebrated as she invited her friends to a mini-RETO birthday party; just like we've done with Rebecka.  Needless to say, it has become a very popular activity for birthdays at our house!  Here are some pics… 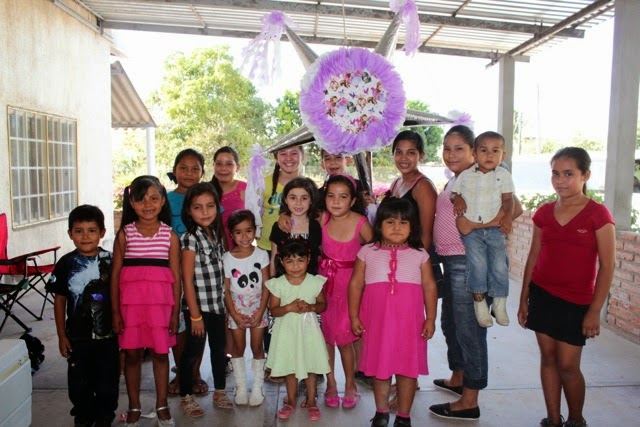 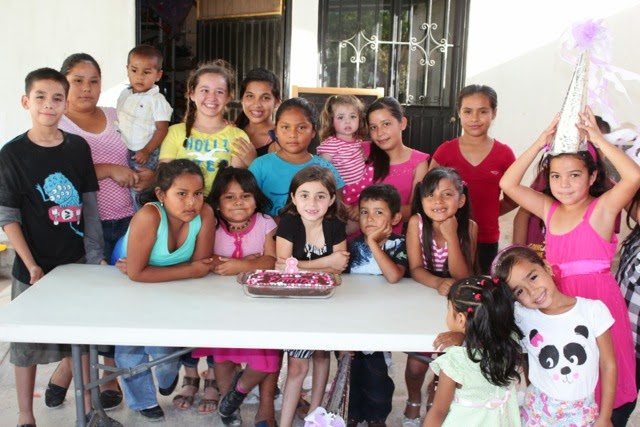 Posted by The Silbermans at 7:54 AM No comments:

Greetings from Cofradia, Mexico! What a month!  We have definitely experienced God’s hand move in our ministry as we were able to purchase a new van in order to return to Cofradia and especially in our own family as God brings healing to little Mackenzie after getting burned.  Psalm 107:1 has kept surfacing during our experiences...”Give thanks to the Lord, for He is good.  His love endures forever.”  And, yes, we do give thanks to the Lord because He IS good.  He knows why things happen and how to bring glory to Himself through each circumstance we go through.  We are not on this earth to gratify our own pleasures and desires and hope that everything goes “right” (or the way we think is right) in order to have a peaceful, no hassle life.  We can and do have peace in Christ through tough circumstances.

Give thanks to the Lord, for He is good.  His love endures forever!
We are grateful for your partnering with us to invest in the Kingdom of God together as we Raise up Leaders in Rural Mexico!
Last month, we asked you to pray for...
Here are some links to more:
This month, will you please pray for...

Thank you very much for partnering with us through your prayers and financial support.
Click here to donate to our personal support. 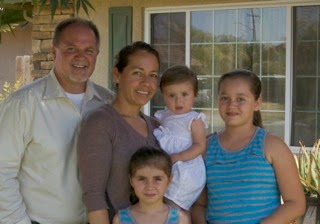 After two months of working on the high school, the foundation has been completed as well as the floor and walls of two classrooms.  There is a lot more to do in order for them to begin using the rooms: roof, windows, doors, electricity, and smooth wall (preferred) to just name the most important.  The funds that have come in have been depleted and the government is still not helping.  It would be great to be able to help the community and get the High School Students a building to meet in!

Read recent blogs about this here.

This is the progress... 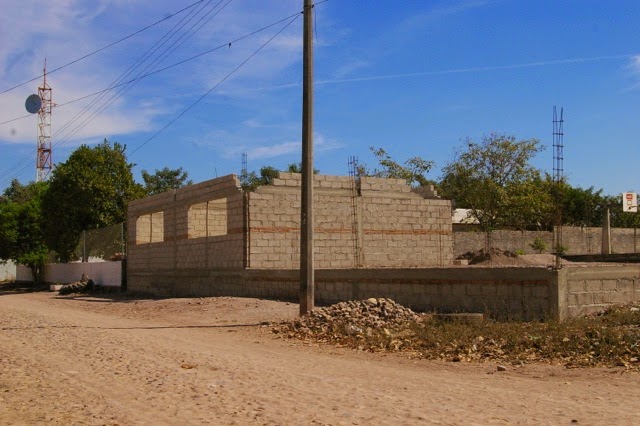 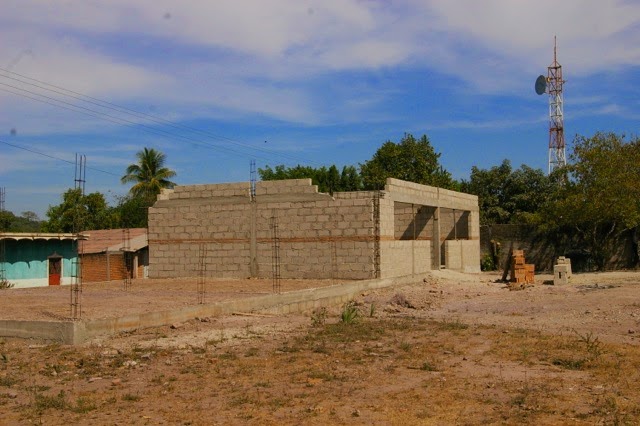 DONATE HERE TO HELP
Posted by The Silbermans at 9:50 AM No comments:

Last Thursday afternoon as we were getting ready to have lunch, we experienced one of the most difficult situations we've faced as parents.  A bowl of boiling broth fell on our 18 month old Mackenzie burning the right side of her body: face, ear, shoulder, chest, stomach, parts of her arm and leg.  It all happened so quickly and we were not prepared for something like this.

We live in an area that does not have a full-time Doctor.  The Doctors that come here are students working on their degree and have very little experience; they're here to get their experience.  The Doctor in Cofradia was not in town, so we drove to the town before Cofradia called, Las Pilas.  There, the student Doctor, who seemed more like a kid, bathed her with an IV solution to clean her and applied sulfadiazina cream to all the affected area and wrapped her in a non-stick material that actually did stick to her.  After injecting her with morphine, he sent us home and said she'd be fine and to have the Cofradia Doctor continue with the next three injections he prepared.

We returned to Cofradia with Mackenzie sleeping and Geña watching over her.  I went back to Tuxpan (a city ½ hour away) for the second time that day to get some medication the Las Pilas Dr. prescribed.  No one could read his writing and I couldn't remember the name of one of the items and no one had heard of the other item he prescribed.  As I went from one Pharmacy to the next, it seemed like I was at a road-block.  I stopped and prayed again, "Lord, lead me to do the right thing."  As soon as I finished that simple sentence I saw another Pharmacy and thought I should at least give it one more try.  As I showed the man behind the counter what I needed, he figured it out and said, "All I have is this big container."  It was perfect, exactly what I was looking for…sulfadiazina!

When I arrived back in Cofradia, the Doctor was walking by the Mission Base so I stopped her and told her what happened.  She was happy to help with the injections even though we were to wake her up at 2am, but would not be able to treat her until Monday.  It was a long night of tossing and turning, praying and continued watch over Mackenzie to help her when needed.  We did not have peace about waiting until Monday for her to be treated so we decided to take her to Tepic (the capital city of Nayarit; 1 ½ hours away).  My prayer all night was that the Lord would guide us to the right place (I had no idea if there were any burn experts in Tepic).

We found a Pediatric Doctor who immediately sent us to the hospital around the corner.  San Rafael is one of the best and most expensive Hospitals in Tepic with excellent Doctors.  When the Pediatric Surgeon arrived, he and the Anesthesiologist got right to work.  They gave her an anesthetic, cleaned her, and took off the material that was stuck to her as well as all the dead skin.  Geña and Mackenzie stayed the night in the Hospital so the Doctor could see her that evening, the next morning, and afternoon.

Since bringing Mackenzie home, we've followed the Doctor's instructions of bathing her, applying the iodine spray, giving her her medicine, and we'll continue with the sulfadiazina as the healing continues.

Yesterday, Tuesday, Mackenzie got her appetite back and began eating again.  Which means today she's had enough energy for all of us as she runs around the house, making messes, laughing, playing, singing, and dancing.  She's definitely back to her normal self and we are so thankful for the Lord's guidance as we really believe that He did guide us.

We are still praying for a quick and complete healing with no scars.  Part of the layer the iodine formed on her face has peeled off and left a new beautiful rosy red cheek.  She's doing very well now and we thank all of you for your support and prayers during this time.  It has been a definite roller-coaster ride of emotions.

Give thanks to the Lord, for He is good.  His love endures forever!

UPDATE 4/9/14
We went to the follow-up visit today with the doctor who treated Mackenzie at the Hospital.  He recommended some creams for her skin and took her off the Sulfadiazina.  He also said the damage will be minimal and she looks really good; we just need to try to keep her out of the sun until mid-May.  His diagnosis was a 2nd degree burn.

Thank you for your continued prayers for her recovery.

Posted by The Silbermans at 5:36 PM 3 comments: