The Christian Church in Cofradia has been alive for more than 20 years, but it wasn’t until recently that they obtained a meeting place just for themselves.  It was a sweet accomplishment led by missionary Dave Elias who proceeded to move his family back to Canada shortly after its completion.

It marked the end of the era of planting a church body and meeting together at the mission base...

It has been five years since we opened the doors to the new church building after five years of construction projects brought to fruition and funded by your help.  It was a large project, but definitely worth every drop of sweat that went into it.  The locals also gave so much of their time and heart into the project helping teams and working while no teams were present.

This past Sunday, we celebrated God’s faithfulness to His children.  Throughout the years, He has shown His kindness and love in so many different ways.  As we look to the future, we continue to march forward towards the goal of finishing the race that has been set before us.  We are “La Cofradia United”.  “Cofradia” means a brotherhood that shares a common goal whether it be religious or charitable.  We are working together with other churches to expand the Kingdom of God and raise up leaders in rural Mexico. 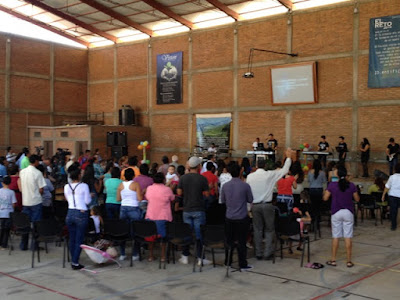 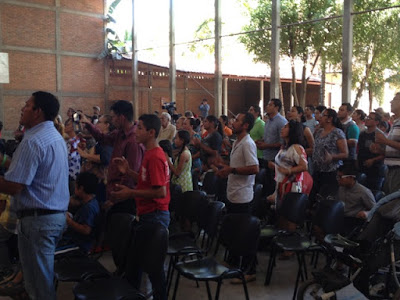 The work here is not finished.  With the foundation set, we are excited about extending “La Cofradia United” to other towns where meetings are already taking place.  We need your help.  Here is a quick look at our ministry and the current needs we have and ways you can help.

One-time or monthly gifts can be made online or by sending a check made out to “Alternative Missions” with a separate note indicating that it is for “Cofradia Operations” to:
ALTERNATIVE MISSIONS
PO BOX 3107
FERNDALE, WA  98248

CLICK HERE TO MAKE A ONE TIME OR MONTHLY CONTRIBUTIONS ONLINE.

Posted by The Silbermans at 5:49 PM No comments:

It was definitely a Splash!  With at least six different churches, we made 8 teams and played kick-ball with a splash.  It was a lot of fun, the students were all mixed together randomly in order to break the invisible walls of comfort.  All the students were able to participate (if they wanted).  After kicking the ball out in the field, the students would proceed to slip-slide-slither in an unbalanced half-run along the soapy wet plastic baseline to finally tumble and plunge into the small pool at first base with a big SPLASH.  This was the scene as those who actually made it, continued along to 2nd and 3rd bases.  Making it to home was enticingly attractive after wriggling out of the way of being the target for an out--a sweet dive through a hoop, down a small wet slide into the final pool.


After a couple hours of the tournament-style event, Pastor Luis shared with all the students about the connection that our dreams have with our heart.  If our heart is right, our dreams are right.  What is the essence of our dreams?  Are they selfish or are they selfless?


Thank you for supporting this Student Ministry in prayer and finances.
Click here to donate towards the students.

Posted by The Silbermans at 5:29 PM No comments:

Greetings from Cofradía! eeHAPPY ANNIVERSARY TO US!!ee  Not to Geña and me, but to our local church.  Five years ago was the inauguration of the new church building and we’ll be celebrating the Lord’s faithfulness this Sunday!  The ministry started over 20 years ago with a medical team when the ministry was Youth With A Mission.  The focus was to assist the locals and the travelling indigenous workers who would come down from the mountains to work in the fields and serve them, in a sense, as a City of Refuge.  The ministry evolved into a church plant and the Lord continues to be faithful as people meet Him and grow in Him.  Click here for a quick two-minute video of our ministry.

GIVE THANKS TO THE LORD, FOR HE IS GOOD; HIS LOVE ENDURES FOREVER!
Last month, we asked you to pray for... 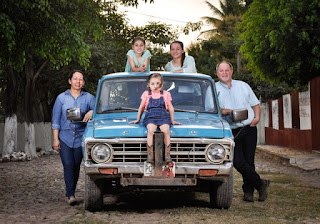 You can make a one-time, tax-deductible gift or set up to make monthly donations online at the link below.
ONLINE. Click here to donate to our personal support.

Posted by The Silbermans at 6:17 PM No comments: