Pastor Amado is doing a great job with his intern. It was an interesting month that began with Ivan as an intern whom I mentioned earlier. He escaped the property and ran home. After a few days, I had the opportunity to sit down with him and Pastor Amado to talk about his life and pray with him. He made the decision to return and has made a commitment to not leave until God has dealt with him completely. He is doing really well.

If you would or could help Pastor Amado with the expenses that incur upon housing an intern, please click on this link and make a specific donation to "Cofradia Restoration House". Each family is responsible to help out with a portion, but Ivan's family is indeed lacking in funds.

While Ivan made his escape, another intern was on his way in. His name is Eliut. Ironically, a couple days after Ivan came back, Eliut left. We're praying the Lord works in his heart and he returns. He's a really neat guy that has lots of potential.

Click on the button below to contribute to the Restoration House and help change the course of someone's life.

Posted by The Silbermans at 11:53 AM No comments: 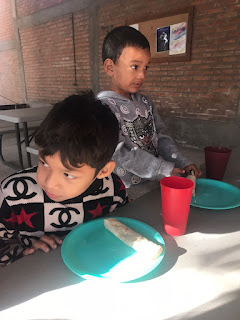 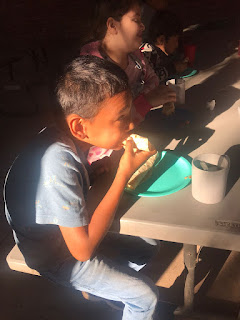 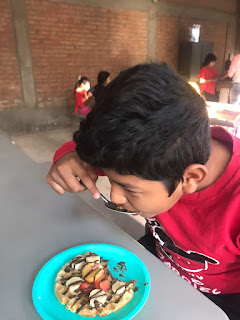 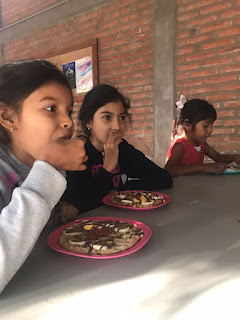 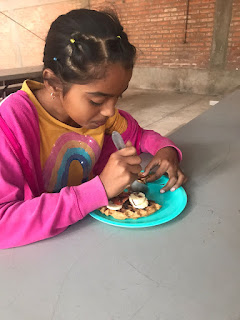 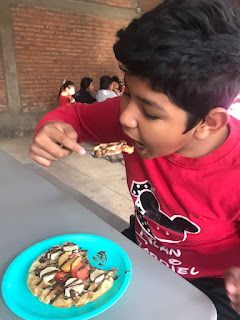 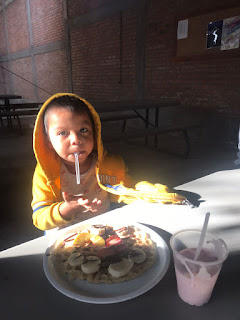 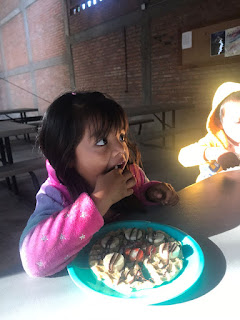 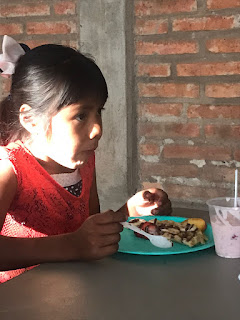 Click on this button for information on how to contribute and designate it for the Cofradia Kitchen.

Posted by The Silbermans at 11:01 AM No comments:

One of the traditions in these parts is to celebrate each year an "Anniversary" of when a church started. While this ministry started over 30 years ago, the first service in our local church building was 11 years ago. This ministry's material and spiritual growth is a product of you who have contributed financially as well as volunteering on Short-Term Mission teams. THANK YOU!

We celebrated God's faithfulness as we had Pastor Abimael's church's worship band lead worship and roving Pastor Ramon with us to speak. Along with those special guests, Hermosa Church from Rosamorada came, Comunidad Aliento de Vida from Tepic came, as well as some friends from other churches in the area.

The pictures show 10 years. That was a mistake by whoever designed the stage..oops. 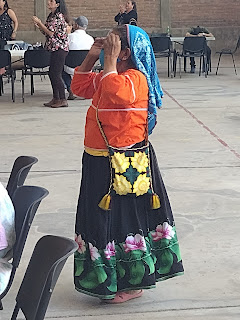 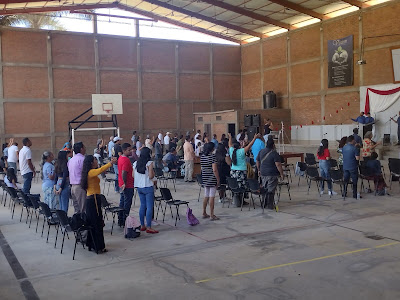 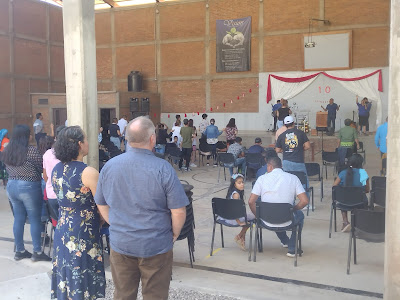 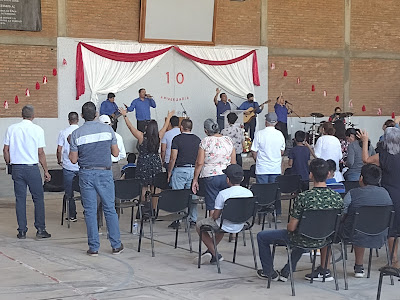 Posted by The Silbermans at 3:25 PM No comments:

This month's update features...
Here's a link to March's Update...
Thank you so much for partnering with us. We appreciate your prayers and contributions to this ministry and our family.
GIVE THANKS TO THE LORD FOR HE IS GOOD;
HIS LOVE ENDURES FOREVER

Posted by The Silbermans at 3:01 PM No comments:

Pastor Amado's Restoration House for addicts is a voluntary participation organization which means the interns come by their own decision. It is much easier to work with someone when they want help. Many of the state-run Drug Rehab Centers are led by force and sadly have been known to beat the interns. Many addicts have a hard time making a decision to participate because of either their past experiences or what they've heard.
Amado's Center is led by God's grace and those who want help will get it. He has one intern that started on Monday and three more potential interns who are hesitating. The minimum cost to feed the interns is $150 a month; that's just $5 a day! It does not include utilities or materials which Amado pays out of his own pocket as a Mechanic.
If you would like to sponsor an intern, please let us know or simply make a contribution designated to "Cofradia Restoration House" following these instructions.
Ivan is a former Worship Leader who's dad was the Pastor. After falling into drugs, he was told that he lost his salvation and there was no hope for him. After attending our Freedom in Christ Conference, Ivan heard a different Gospel; the Gospel of Jesus Christ full of love and grace. He repented, but still struggles with addictions. Pastor Amado has been working with the whole family since last year and is instilling hope in their lives.
Ivan entered the program on Monday and is staying at the Center where Amado accompanies him due to lack of staff. Geña and I have committed to helping Ivan this first month of his rehab. The program ideally lasts 6 months to a year; most decide to leave after 3 months. They are not obligated to stay since it is voluntary. Please pray for Ivan as he commits himself to knowing God more and allowing the Holy Spirit to work in his life.

Posted by The Silbermans at 6:46 PM No comments:

In class school started again in February which made it hard for some of the students to get to breakfast on time. Isabel and Mari have been doing an excellent job with the occasional help from other ladies. We have seen 8 to 12 kids consistently each day and sometimes up to 20 get fed. These children are not orphans. The family unit is quite strong in Cofradia, but some of the kids do not have an opportunity like this at home. Along with breakfast, they are being prayed for and Pastor Goyo is sharing Bible Stories with them from time to time. Thank you for your prayers for these children that are receiving this attention and thank you to all who have been giving to this ministry. 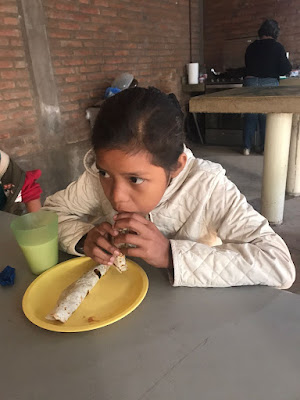 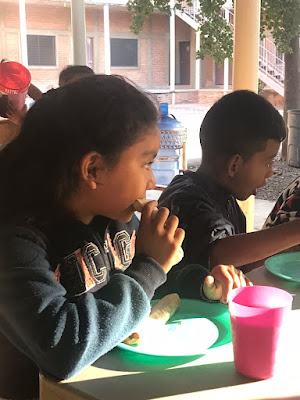 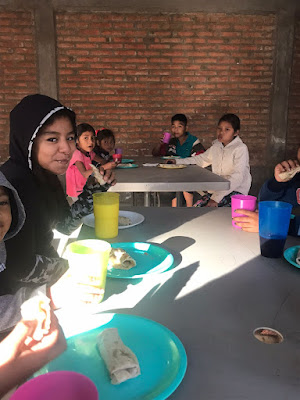 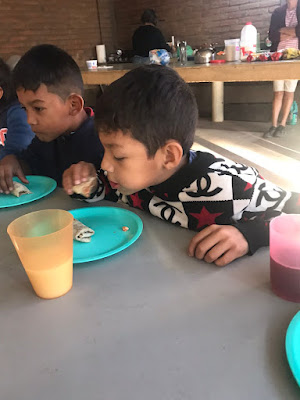 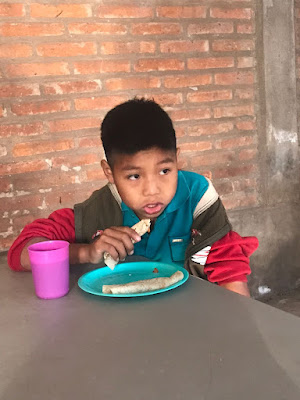 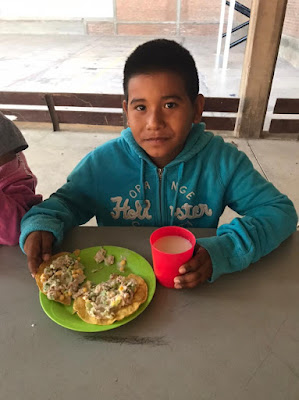 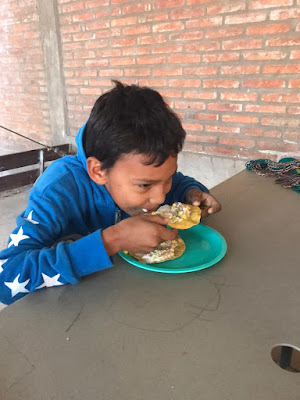 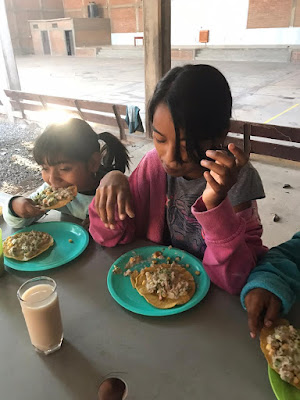 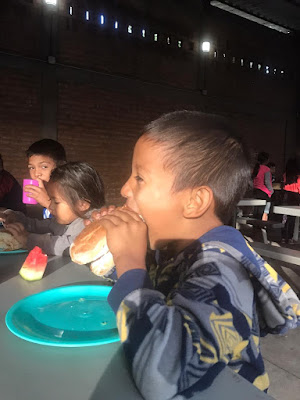 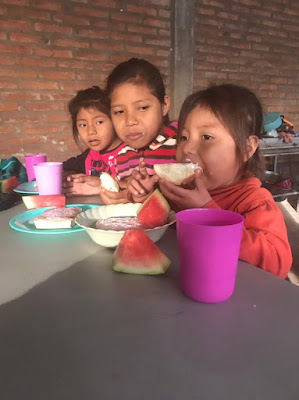 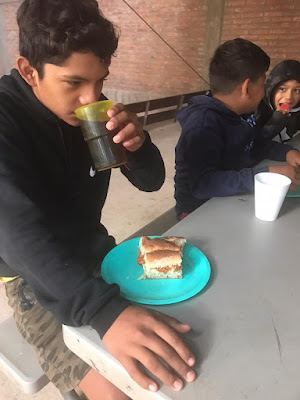 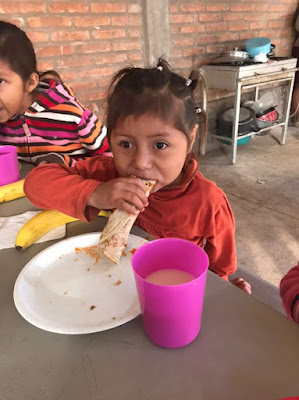 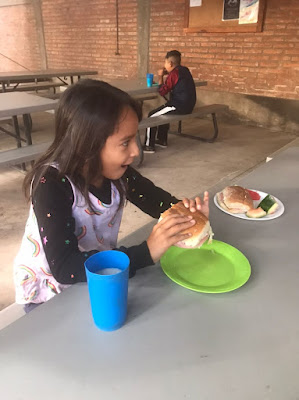 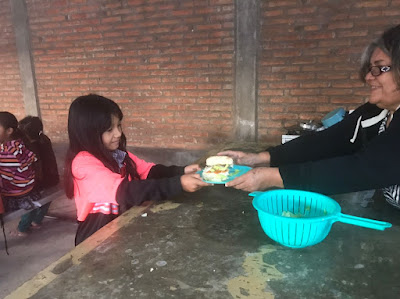 Click on this button for information on how to contribute and designate it for the Cofradia Kitchen.

Posted by The Silbermans at 6:13 PM No comments: