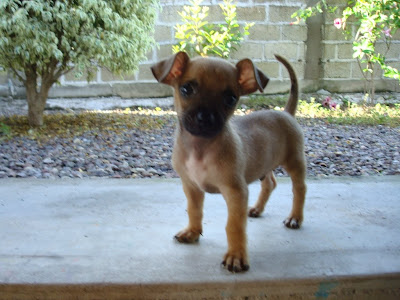 Yesterday we went to Mazatlan to see some friends and pick up our new family member, Pony. Our friends Noe and Martha Espinoza gave Rebecka a little "dear head" Chihuahua that will be only two months old next week! Both of the girls are really excited and Rebecka is mothering him very well!
Posted by The Silbermans at 10:16 AM No comments:

Well, we've had an interesting year with our electricity. I remember 10+ years ago the electricity problems we used to have. The power would go out and not return for many time at least 24 hours. The past few years have been pretty good with hardly ever having to use a generator. Now, these past three to four weeks or so, we're lucky to go three days without the power going out. Last night the power went out again around 8pm during our youth service. Praise the Lord that everything we had plugged in was on the only line that was working of the three that come in to town, so our service never got interrupted (this was an answer to prayer by the way--as I was walking up to the church from the house, I noticed the dark clouds which usually means rain and no electricity coming our way. I prayed that the Lord would not allow the electricity to go out and that's what happened!).

This afternoon we received power again around 4pm. Our house did not have power in either line that it's connected to. We will be looking for a generator when we go back to the states. Does anyone have one they need to get rid of?

Thank you for your continued prayers.
Posted by The Silbermans at 8:38 PM No comments:

After over a month of having NO WATER, we finally got water last night! It's pretty dirty, but it's wet! We are very thankful!

Now, our prayer is that the electricity would come back on!

Ministry...be watching for updates on this year's RETO with the youth. We start THIS WEEK!
Posted by The Silbermans at 2:01 PM No comments: 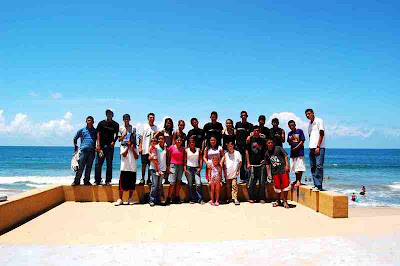 “Kosechando Destinos” (Harvesting Destinies) is the name of the camp and the theme this year was “Rebels WITH a Cause.” It turned out very interesting because for the past couple of months there has been a strange rebellious atmosphere amongst our students. It was as if the Lord was preparing some of our students for the messages during the four days at camp. To God’s glory, all twenty of our youth who attended were touched one way or another; healings, prophecies, Spiritual gifts manifested and most evident was the presence of God right there! Many have said that this was the best camp they’ve ever been to! Praise the Lord!

This year we took the opportunity of having two of our student leaders be “mom and dad” to the other 18 students. It was definitely a step forward for them to grow in their responsibility and they know we trust them with the group. Many people were praying and some were even fasting for God to work in the students’ lives, and He did. No one caused any problems, even the ones who said they went to cause trouble. God stirred their hearts as He had something else in store for them.

Camp started on a Tuesday evening in the middle of nowhere about 1 ½ hours north of Mazatlán—five hours away from here! There were 130 students in total and they really started opening up to the Lord by Thursday night. One of the Pastors spoke directly at one of our students during a service and told him that he’d been rejected and hurt and that he has held a grudge against those people and God. The student looked at him in awe, wondering how in the world he knew, then, as the speaker began to pray for him, he HIT the floor and started to weep uncontrollably as the Lord healed his hurt and began to restore relationships that had been broken.

One of the really neat things that happen each year at camp is that on the last evening as they finish, the parents of the students come and are part of the service. After the ministry time, there is ministry and reconciliation time amongst the parents and their children. What an awesome sight! Parents and youth weeping in each other’s arms; it’s unfortunate that our students don’t get this opportunity because we live so far away. So, the Sunday after everyone got back, the pastor gave us an opportunity to “relive” the moment. As the students stood before the congregation, their parents came forward to give them hugs and a ministry of reconciliation was happening all over again, it was powerful!

Please pray for the continued fervor to be spread amongst the whole youth group. 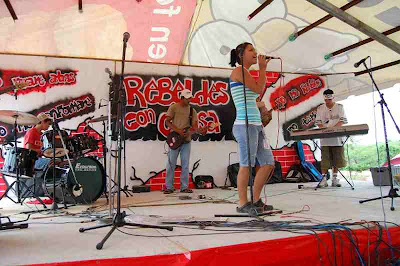 Our Worship Band got another opportunity this year to lead worship at one of the meetings. 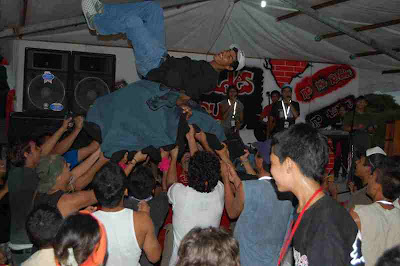 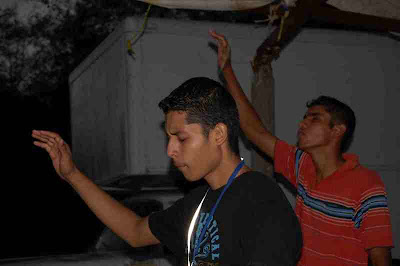 Seeing this makes me want to worship right along with them! 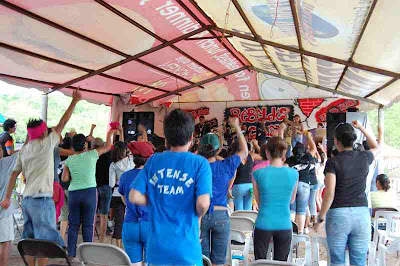 Click here if you would like to invest in the "Cofradia Youth":https://www.egivingsystems.org/v3.0/index.php
Posted by The Silbermans at 1:36 PM No comments: 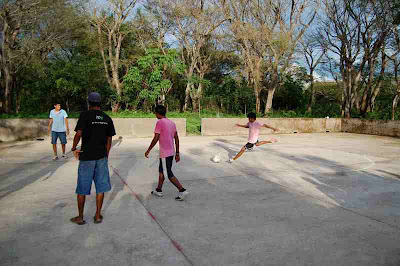 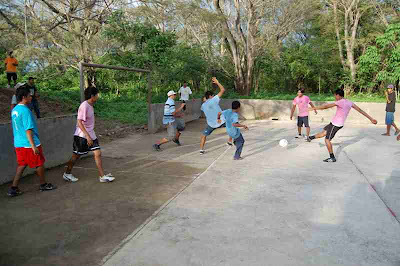 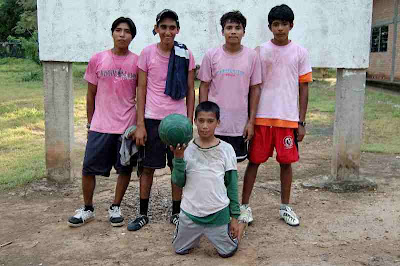 It was a great week and an excellent opportunity for the team captains to speak into the lives of their team members. Each week they prayed together before their games and there were a few new students introduced to our youth group. As we develop relationships with these students, we pray that the Lord will open doors for us to minister to them. 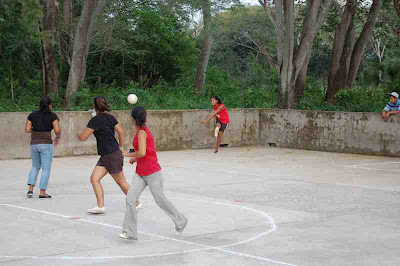 For the first time after having had three tournaments already, we had 7 girls turn out for a quick girl’s tournament. Mili was the team captain for “Las Damas de Negro”—Women in Black; Cecilia was the team captain for “Las Campeonas”—The Champions, made up of three girls. Was it prophetic? It appears to be that way because the team of three, “The Champions” came out on top winning the best – of – seven four games and only tying the “Women in Black” once at the beginning. Again, there were a few girls from Santa Fe who were introduced to our youth group through this event and we trust that the Lord will open more opportunities to develop relationships with them and share more of Jesus with them.
Click here if you would like to invest in the "Cofradia Youth":
https://www.egivingsystems.org/v3.0/index.php
Posted by The Silbermans at 12:11 PM No comments:

I'm working on getting some updates done for the past month. It's been a little difficult to write, but there's been some good things happening this past week amongst the youth. We were in Sinaloa at a youth camp and the Lord touched all 20 students that we took. It was an amazing time. I'll try to post something about the past month shortly. Thank you for your continued prayers, they are much needed!
Posted by The Silbermans at 8:55 AM No comments: