We had a great service yesterday morning in Church. Christ Memorial Church from Poulsbo, Washington has sent a team of eight here to work along side us in the ministry this week. I am especially excited about this because this is my home church! They are a great group of students and young adults and I have really enjoyed the four days theyʼve been here so far.
Saturday, I received an email from a good friend and member of the congregation back home about a dream they had of the team praying for us and that God was doing some great things. In turn, one of the team members who has been diagnosed with Leukemia was prayed for by us and was healed. That was the dream.
So, in church we allowed God the opportunity to work in this way. At the end of the service durning our normal prayer time, I mentioned to the Americans what the first part of the dream was about and encouraged them to pray for the people. When I interpreted what I said into spanish, I asked for anyone who was sick or had a family member who does not know Jesus and it seems an impossibility for them to accept Him, to raise their hands and the Americans would go around and pray for them. We continued to sing “Mighty to Save” (in Spanish), and as we proclaimed what the chorus says, “Savior, he can move the mountains.” Just about everyone raised their hands asking for prayer! It was amazing to see God using the team in this way. 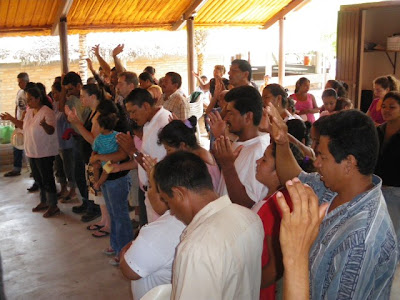 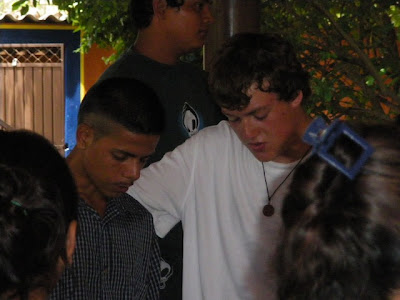 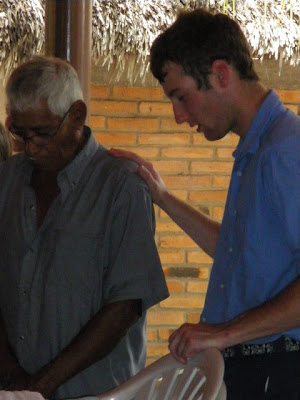 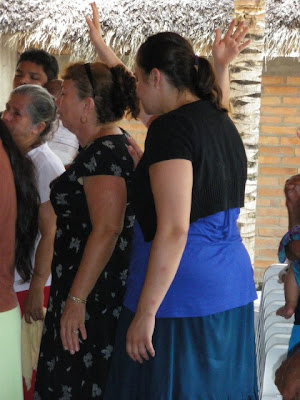 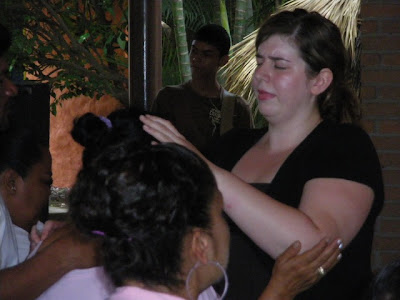 When the team had finished praying for everyone, I continued to explain what the rest of the dream had included...us praying for their team member. I asked the young lady come forward and about 80% of the people in the church came forward to hands on/towards her as we asked God for healing in her body.

It was definitely an amazing time! The Holy Spirit in his own gentle way directed us as we prayed for one another and as I looked out I saw a number of people weeping and being touched by God. Maybe we wonʼt see any immediate physical obvious signs that God has healed someone, but I do know that He touched many lives yesterday. I believe thatʼs what he likes to do. Just as the leper in Mark chapter one asked Jesus to touch him and He did, so it was today. We asked God to touch us, and He did!
Posted by The Silbermans at 5:08 AM