As Geña was cleaning and moving around some blocks and bricks where I roast coffee, she came across a "rare find." 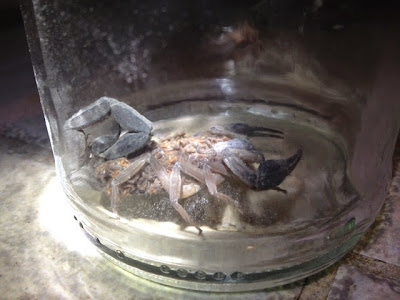 It is not unusual to find scorpions in the yard, but what makes this find a rare one is that if you look closely, you'll see baby scorpions attached to the back of it.  They say that after a female scorpion gives birth, the babies eat her.

Before and after trapping this scorpion, Geña killed 7 others in the area.  The next day in a different area where there were some bricks laying around, she killed 3 more.  A week before this, she was stung by one on the tip of her finger, but didn't affect her.

Any guesses as to how many babies were attached to the mother??? 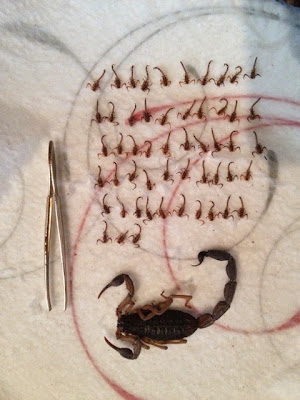 Posted by The Silbermans at 8:34 AM