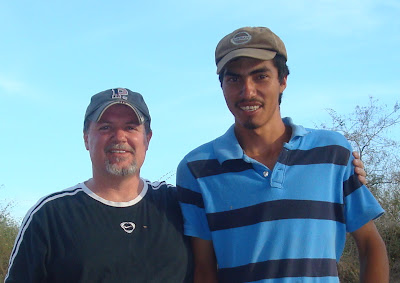 Martin is one of our student leaders and for three years in a row has held a camp out in the "woods" for the guys. It's actually in a field they grow crops in, but the edges are full of brush, riverbed, and small trees that provide shade. This year he called his camp "Don't Give Up."
I just got back from visiting them and I was more than impressed with Martin's organization and well thought-out plan. He has been running them through a bunch of games, much like we do in EL RETO. They camp out in a tent made of tarps, they have two slabs of wood for their dining hall, and a small kitchen set apart from camp.
When we (Luis, Pedro, and myself) got there to visit them after driving back into the woods for about 10 minutes and then walking another ten, they were in the middle of a Bible Study that Martin's dad, Pastor Horacio, was sharing; "...you're either saved, or your lost...". Pretty point blank!
Martin showed me around and explained to me what he had been doing and what his plans were for the rest of the evening. Martin is GOLD! He was explaining some of the games, the food they were eating; "they eat a lot!" he said. A couple of guys went out to the riverbed where there's some still water and caught a couple of fish for tonight's dinner. I'm amazed at what they're doing. A lot of them are tired and it's a good thing the theme is "Don't Give Up."
There's a full night ahead with some debriefing time around a campfire, a night-game called, "No Fear", and pack up in the morning to leave.
I'm proud of Martin!
Here are some pics I took... 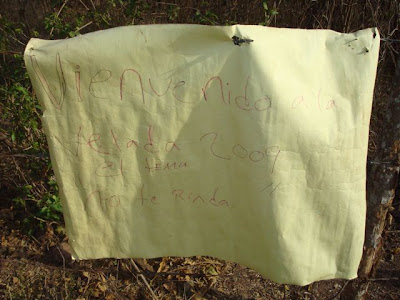 Here's the "Welcome to Camp 'Don't Give Up!'" sign (above)
Martin built this cart that he hooked up to his donkey in order to get all the supplies out there (below) 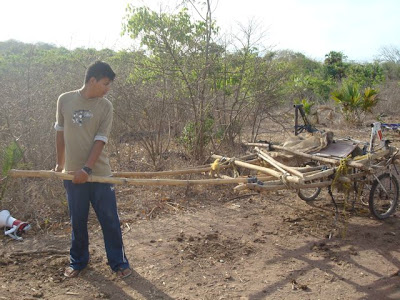 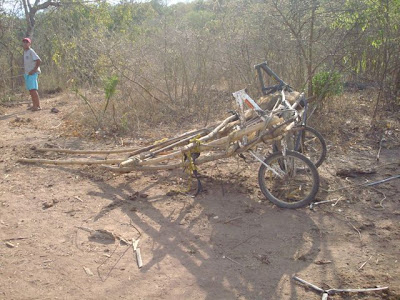 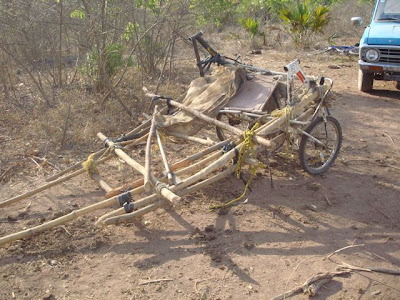 This is the tent of tarps that Martin built. 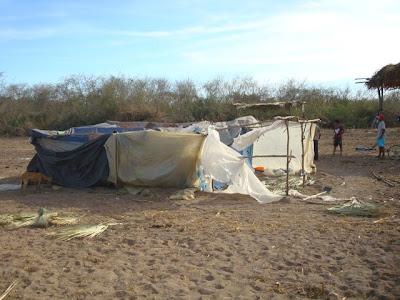 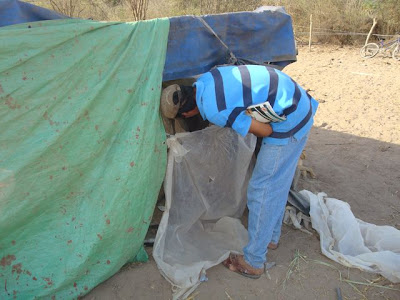 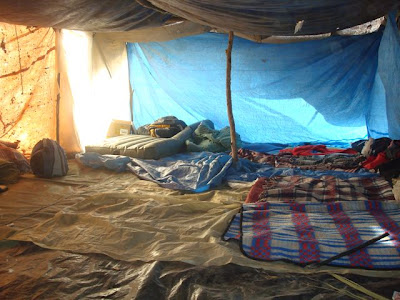 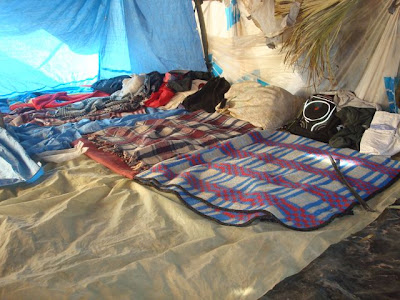 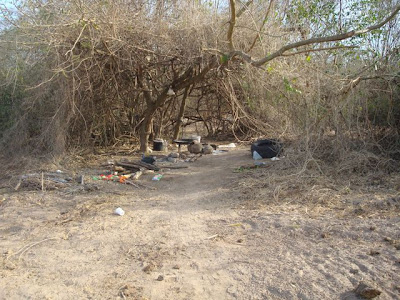 The kitchen (above)
The stove (below) 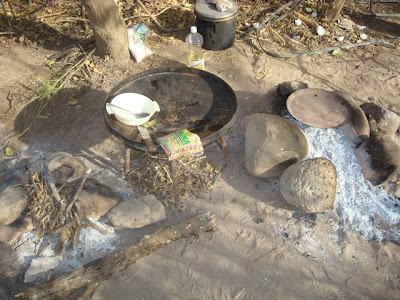 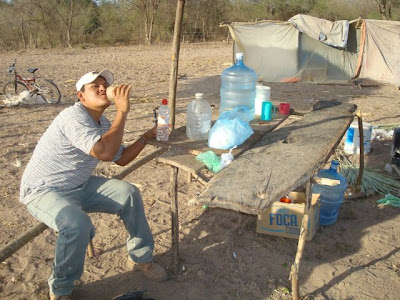 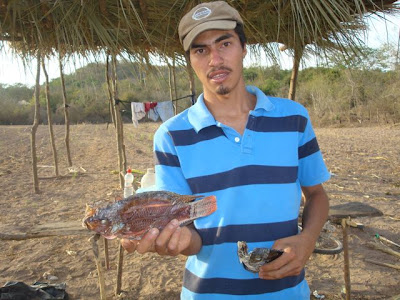 Getting firewood for the bonfire (with marshmallows). 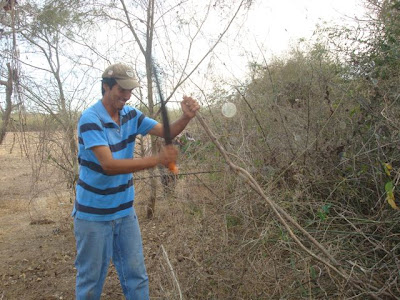 The Bible Study we walked in on... 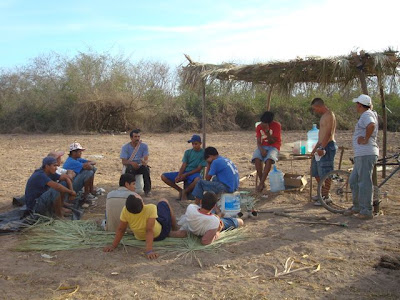 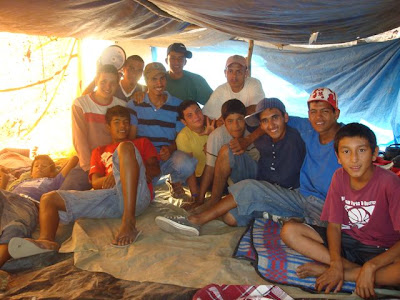 Thanks for your prayers for Martin and the guys that the Lord would work in their hearts!
Posted by The Silbermans at 6:21 PM