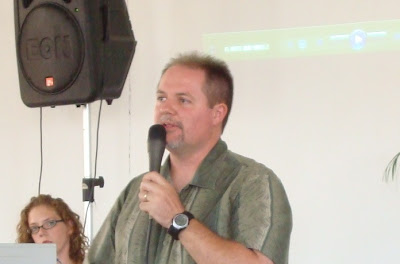 In the evening, we went out to San Juan Gelavia where we will be reaching out to the youth of the town during the week to share at a home group that meets weekly.  San Juan Gelavia is an Indigenous town of the Zapotec people.  We have been told that there are three types of people that the townspeople despise:  Politicians, Drug Dealers, and Missionaries.

We got a taste of that reality after visiting someone’s home who is in need of construction help.  After getting into the van, a drunk man came up to Jeffrey with a rock in each hand and with a forceful voice said, “Can I help you with something!?!”  This man was not happy with us; Jeffrey calmly responded to his questions and helped him understand the situation.  After about five minutes, the man apologized for being wrong about us and said that he could see in Jeffrey’s eye’s that he comes with good intentions.  The night before I had just talked to our group in a short devotional about how Nehemiah received favor with the people because, “the hand of the Lord was upon him.”  The hand of the Lord was upon us today!

During the Home Group, Mili led a class for the children and Martin spoke to the adults and youth.  Martin's message hit "home" as he spoke about the two men who built their houses; one on a rock and one on sand.  There are a number of people who have been in the states and built themselves a very nice home.  However, there are some very poor people in the town as well and the government is supplying materials for them to build a small room.  The owner of the home is the Authority of the town which could be the equivalent to a Judge or Sheriff.  He has invited the church to help build these homes in the town.  He said that for many of them, this is their dream to be able to have a small room to live in that doesn't leak or flood when it rains.  Many of the people who come to Home Group are people who have been helped or are going to receive help.  After Martin had finished, they kept talking about their homes and the situation at hand.  It's interesting how God laid that message on Martin's heart to share; he hit "home." 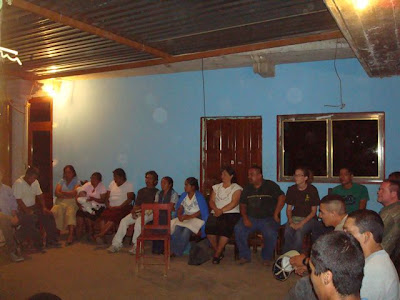 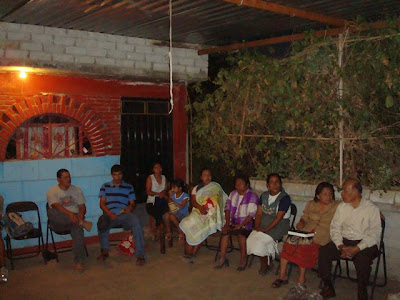 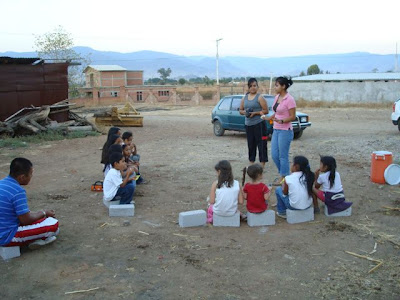 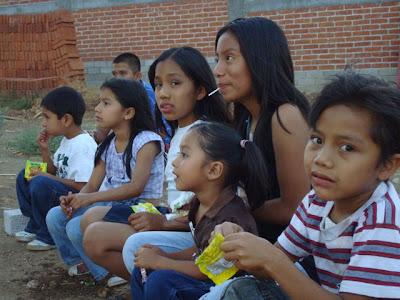 The fence of someone's property. 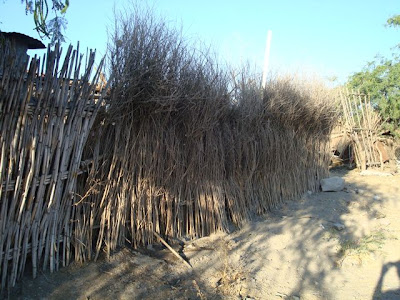 A typical shack that many people live in. 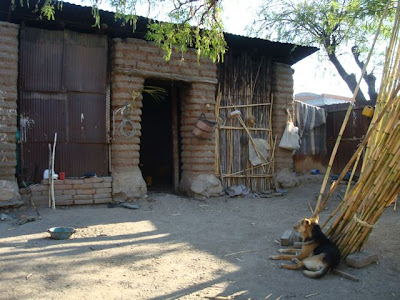 Posted by The Silbermans at 5:05 AM