Half Day of Prayer

This morning we took some youth who are attending one of the discipleship classes on a Half Day of Prayer retreat. It was a very nice time to get away and spend some time with God. The youth enjoyed it as well. Some said they really enjoyed being in the presence of God, others mentioned they realized they needed to forgive those that hurt them, and others noted that we need to be unified and love one another. That was pretty weird, because as I was praying for the group, my prayer was that the group would be unified and that we would learn to love one another just as Christ desires for us. Another young man who was not part of the discipleship class wanted to come along to pray also. He was a member of the last class that did this, I had no problems allowing him to participate in something I think we all can benefit from. I was encouraged when he mentioned what impacted him the most during that time was in Isaiah 40:31 where it says we will be given new strength when we wait on the Lord. That, too, was something that impacted me during this time. So many times I get weary or tired, sometimes I even get frustrated to the point of wishing I didn’t have to work with a bunch of rebellious teenagers (that may seem harsh, but it’s true). I realized that even though I read my Bible and pray regularly, I need to spend some genuine “away” time with God. I need to rest in Him, wait on Him, and trust in Him. He is the holder of my hope. In no one else will I find peace.

I really enjoyed this time. I will post a guide we used for you to use yourself. Try it. Get away from the business of life and spend some time with God. That is what HE desires. 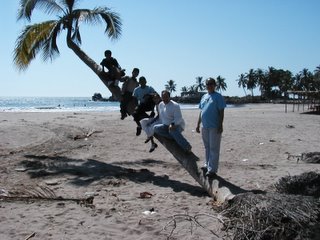 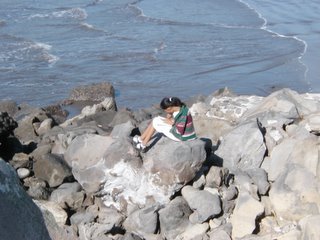 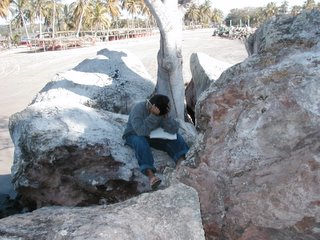 Pedro
Posted by The Silbermans at 6:31 PM