Praise the Lord! The roof rafters are on. Once again God has shown His kindness and provision among us. I mean to say that the job went so smooth it was a joy to be a part. We want to thank everyone who played a part in this step. Thank you for working with us, we successfully completed a big job. 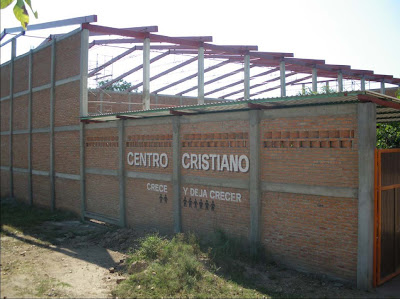 The task went smoothly from the first rafter to the last. We started Monday morning with everything on the ground, including our feet. A lot of nervous energy and anticipation walked in that morning; mixed feelings, concerns and questions. There were a lot of "how’s" flying around. But this morning there was a plan, so we started to work, one step at a time. 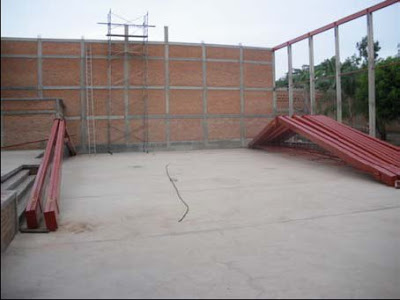 We finished Wednesday afternoon as the sun was cooling off with everything up in the air, including our spirits. We were tired but so excited that a soccer game of pure joy broke out. 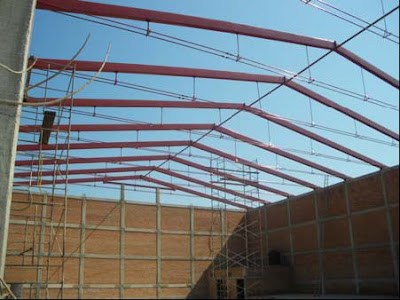 I too have to admit that I was a bit nervous as we began to set the first rafter. "Is this really going to work," "can we pull this off," were just some of my random thoughts. But as the day progressed the nervousness was replaced by excitement as we bore witness to God’s provision rafter after rafter. 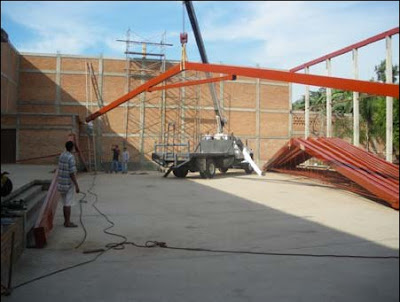 As many of you know this has been a process for us all. As a team we have accomplished a major step in the completion of this central church for the area of Cofradía. 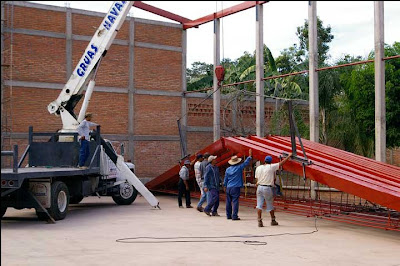 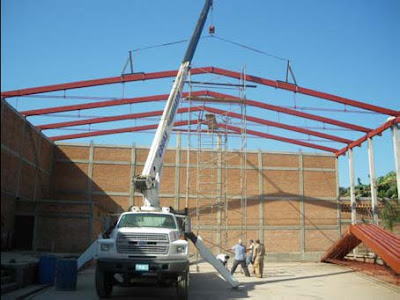 We had a great group of church guys to work with and an excellent crane and operator. 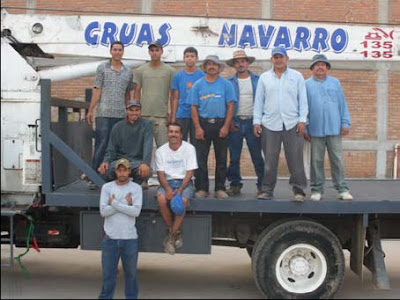 Really I should have here a picture of hundreds of people who donated time, money, prayer, counsel, and encouragement. From all over God put together a group of servants that have made this step possible. We have done this together!
There is so much that one could imagine could have gone wrong, but it didn’t.
The provision of God was overwehlming. 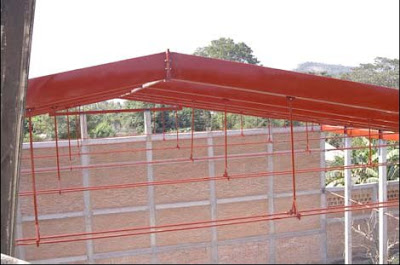 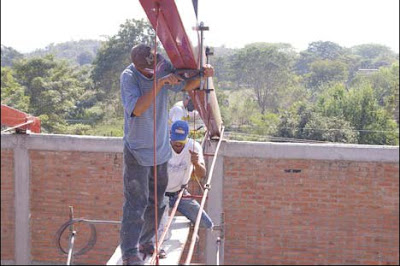 In this last picture you can see the crane opperator standing just behind Dave holding up a piece of square tubing. What is he doing up there? Well, no one else wanted to stand there in the middle of no where holding that tube as it was being welded. At the office, as we were making the contract for the crane, the office manager stated in no uncertian terms that the opperator would stay on the control platform and opperate the crane. It was not to be expect that he would exicute any other labor of any sort. "Of course," we said. "We would not expect him to do anything more," and we didn’t expect more. But did he ever do more! He chipped in like it was his church. Whenever he saw us struggle, he was there lending a hand or advice. Seriouly he was like an angel. God provided for us a true servant without whom I don’t know if we could have pulled it off. God thought of everything. 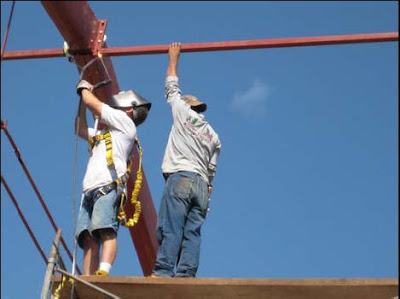 We love you all and want to thank you for your generousity and support without which I know for sure none of this would have taken place; we indeed have a great future in Chirst.
Posted by The Silbermans at 2:53 PM