This ain’t no walk in the park!
Known as “the walk” this was the week for the annual ‘stroll’ through the challenging terrain of Cofradia.  Before they ventured off, the night started with a mini-auction.  The red team won a taco night and the white team won all of the clues to the three hidden treasures, plus the code to read them! Once the auction ended teams quickly made their way to the start of the trail just outside of Cofradia. 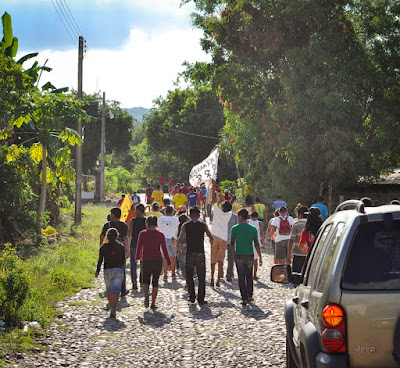 Teams were led by Cofradia's Pastor Goyo and Pastor Abimael from Tuxpan who were armed with bug and wasp spray along with machetes.  This first leg of the walk allowed the youth the opportunity to reflect on the past 4 weeks and provided a great backdrop to connect with God. 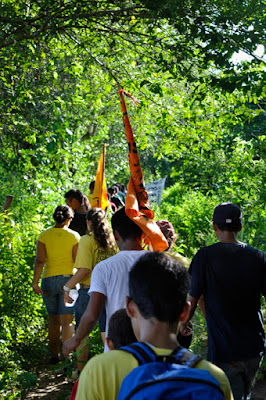 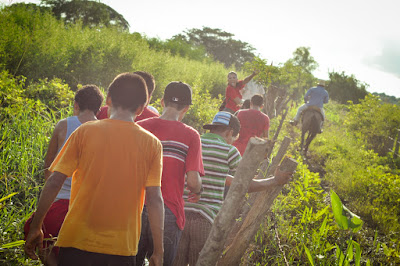 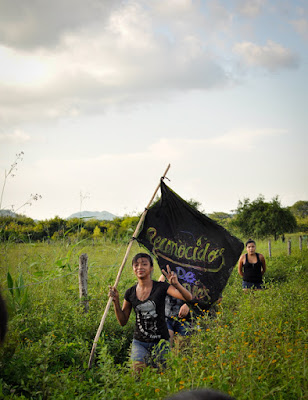 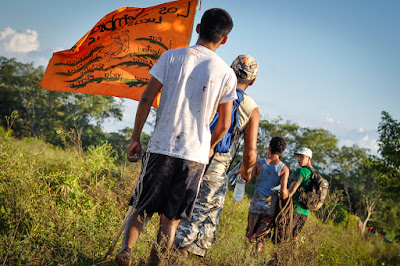 About a third of the way through the walk, teams met up with Staff for their first team challenge.  A simple tug-of-war game was played, only this time you and your opponents’ team are standing in ankle deep mud/water.  Most of the youth were already filthy at this point, but if they did happen to bypass some of the messier parts of the fields, this was a sure way of getting them properly broken in. 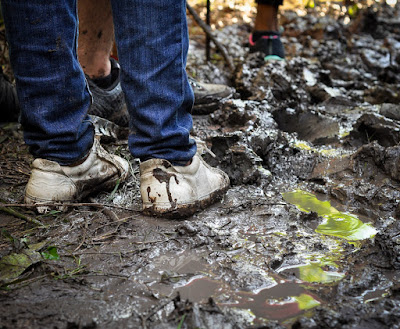 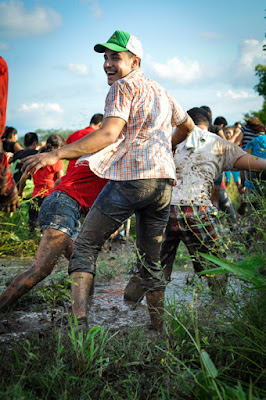 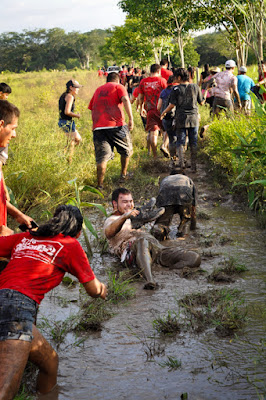 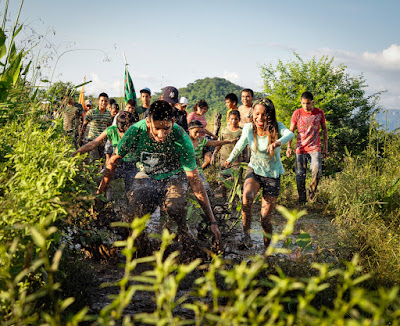 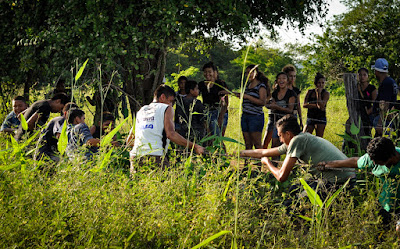 The teams then made their way to the river where the next challenge was waiting.  Teams needed to make a human bridge to allow a member to cross safely to the other side.  At first, the youth used this opportunity to cool off and clean up!  There is a great short video below that gives you an idea of how excited they were to reach the water and how refreshing it must have felt.

Once teams had a member successfully cross the river, they were all back on the trail headed to the finish.  Waiting at the end of the walk were two games.  The first had team members quickly un-thread rings tied to a rope in the river.  Once they retrieved all of the rings, they brought them ashore to play ring toss.  The second game had 3 team members dig their way underneath a cross bar in order to search for buried bags in the sand which contained puzzle pieces.  Once the members found their bag, they were able to bring them back to the team and work on completing the puzzle. 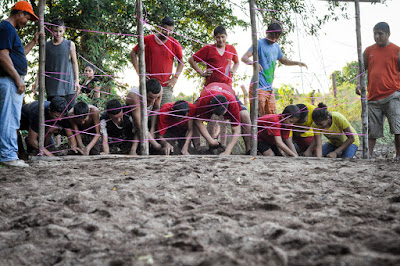 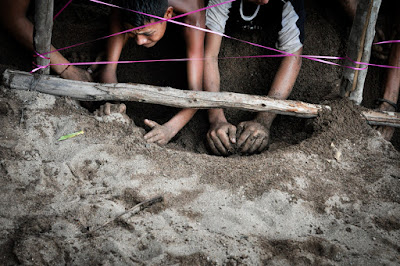 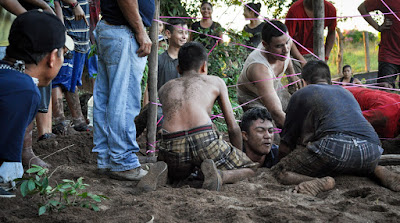 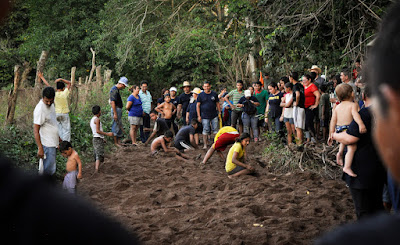 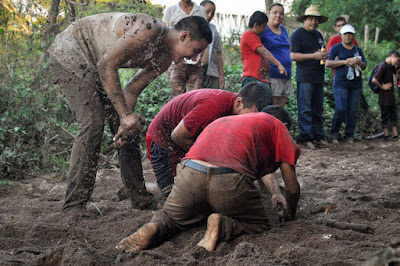 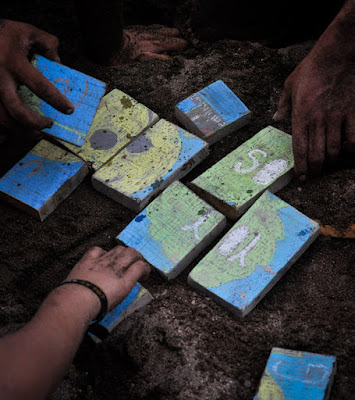 All of these games, including the walk, bring about many teachable moments.  One is that they really focus on how we are all members of one body and function better when we come together.  Each piece has a role to play that is important for the overall success of the group.  Another is that on our walk, we all get dirty, we all get tired and we all need the living water to clean, refresh, and rejuvenate us. 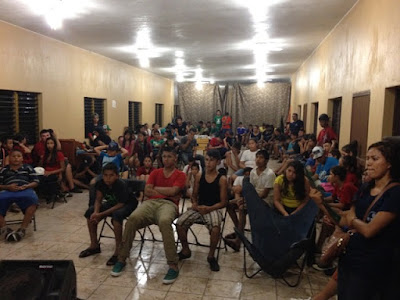 Exhausted, and ‘the walk’ now complete, teams hitched a ride back to the church for the Refuge.  During Refuge this week a special video was played featuring the powerful testimony of Nick Vujicic.  The youth learned about the true source of their strength being God.   It’s not about comparing personal struggles/hardships with those of others in order to feel grateful for where you are.  Nick also reminded them that God would use whatever situation they are in to glorify Him if they are open to it.  The video ended with a moving reminder to not give up on God because God does not give up on us!

Below is a quick recap video of this week's RETO!!


You can be part of this great event by making a special donation to EL RETO online here.  Your gifts provide the resources, preparation, promotion, transportation, prizes, and the opportunity for the young people to come to this event.  NOT ONE of the students is charged any kind of admission fee because we want them to come.  We thank you in advance for participating with us!
Posted by The Silbermans at 3:38 PM