After five weeks of exciting activities, competitions, and identity topics, the participants of EL RETO joined together for one last week.

The traditional "Finale" of EL RETO consists of worship, speaking, acknowledgments, the raffle, the disclosure of the hidden treasures, one last challenge between the team with the most points and the team who finds a treasure sending them to the final challenge to determine the winner, and showing an exciting video compilation of the whole event.

This year, EL RETO FINAL started with each team presenting their drama project as they acted out the story of the Bible that their team represents.  This proved to be a fun and funny time as usual.  It's great to see some of the leadership skills learned by the students put into action and the lively humor of the apparent comfortable students that kept everyone amused.  In addition to that, some teams shared a more serious message with their story showing impressive effort. 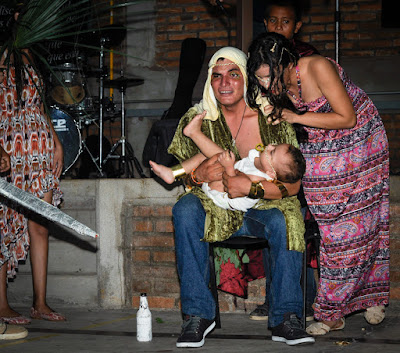 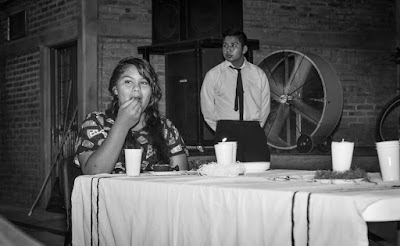 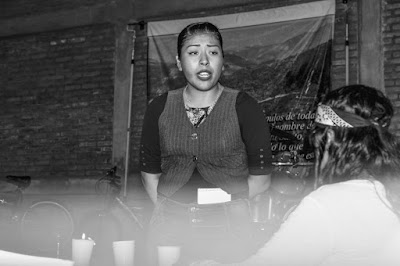 After Worship and a message about our Identity in Christ by Pastor Luis, we had the opportunity to spend time praying for students who came forward. 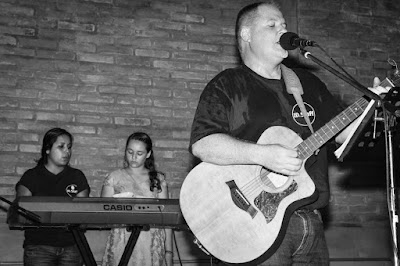 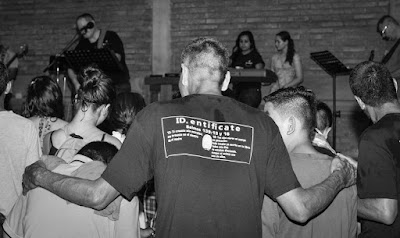 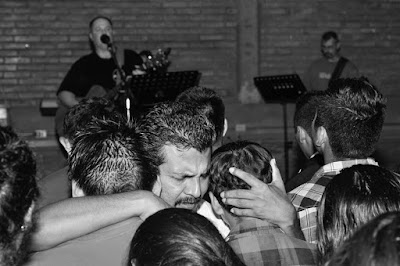 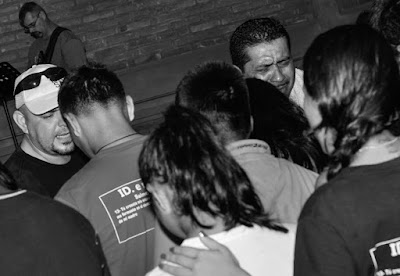 This was a nice transition to acknowledge a few people for their service.  One acknowledgment in particular was for a man from the Cofradía church who was helping as a Staff member during the event each week.  While at work during the week, he found one of the hidden treasures.  Two treasures were hidden at the bridge that connects Cofradía and Arrayanes.  Both of those treasures were found as a number of workers (not related to EL RETO) had been cleaning away brush and making the road more presentable.  "Chano", our Staff member, returned the treasure to the leadership of EL RETO while the other one was kept by someone else who found it.  Chano could have easily given this treasure to his daughter, who was participating in EL RETO, but because of his conviction to do what is right, he decided to hand it in and we re-hid the treasure for the students.  We acknowledged his integrity and leadership as an example to us all. 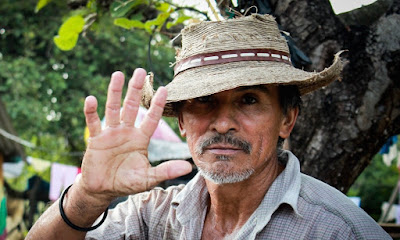 Then, the RETO RAFFLE!  While in the states, we were given a few items to raffle off in order to help the students be actively involved in raising money for the event.  The Garzon family from Arrayanes (Pastor Horacio's family) alone bought probably half of the tickets that were sold.  As DJ Macx announced the numbers, their name kept coming up and they won three of the four items! 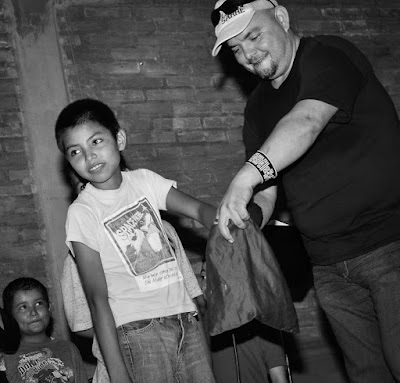 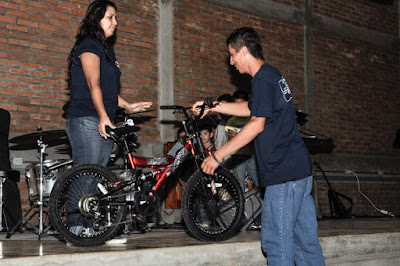 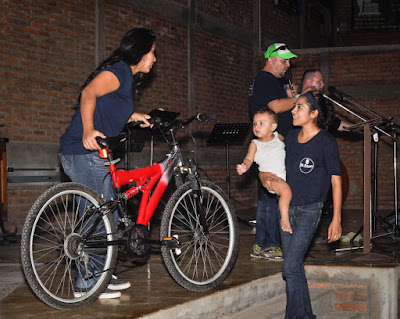 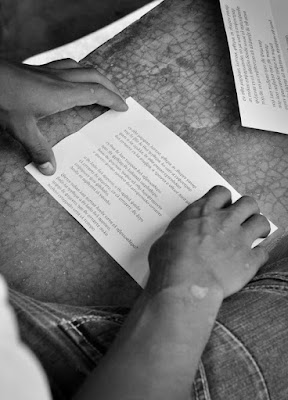 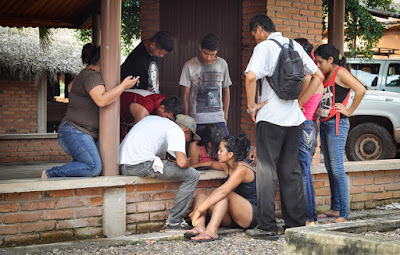 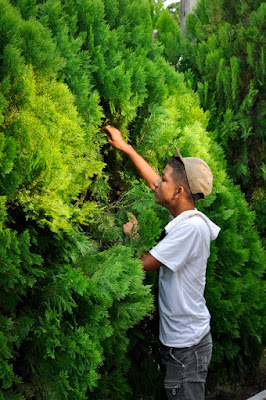 There were three undisclosed prizes written on a sheet of paper inside an envelope.  In the same order we disclosed the treasures, we allowed the captains choose an envelope.

The second envelope chosen: 5,000 points (for the white team).

The final envelope: An opportunity to challenge the team with the most points in one final challenge to determine the winning team of EL RETO (the black team).

Immediately after announcing the prizes for the hidden treasures came the announcement of total points for each team starting with 6th place: 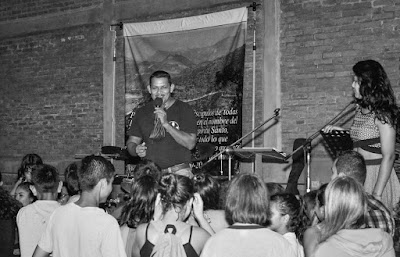 The team with most points would face off with The Recognized by God team in one last challenge to determine the champions of EL RETO 2015.  That team was...
The final challenge consisted of team members coming up on stage one by one to assemble a puzzle.  Once all the pieces were up on the easel, five members were allowed to rearrange the pieces in order to form the final product. 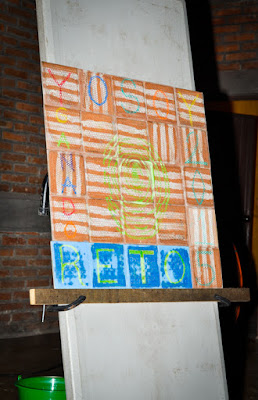 For 15 to 20 minutes, the two teams struggled with intense focus to complete the puzzle as others watched. 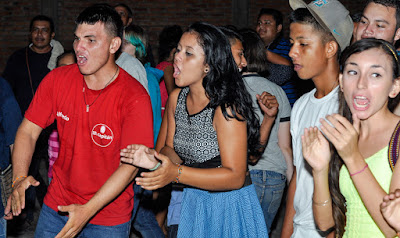 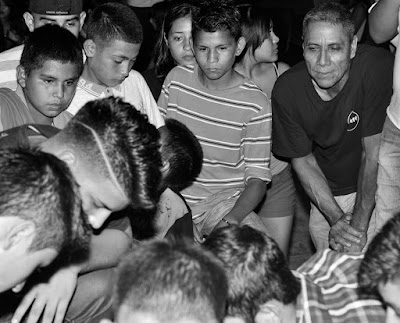 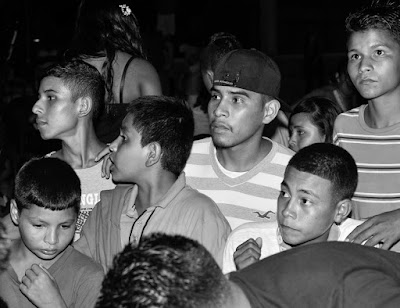 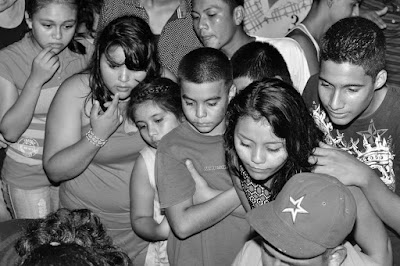 With only a few moments to spare, The Bravehearts came out on top.  This was the first time in the history of EL RETO (since the induction of the hidden treasure in 2008) that a team with the most points in the end won the final challenge against a team who had found the hidden treasure. 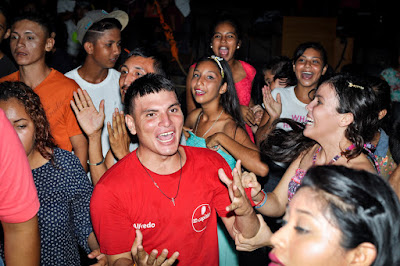 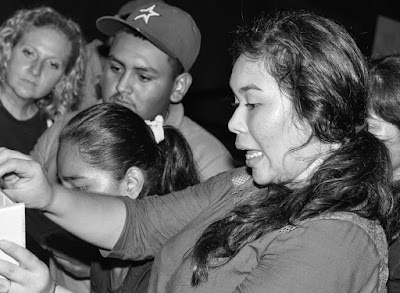 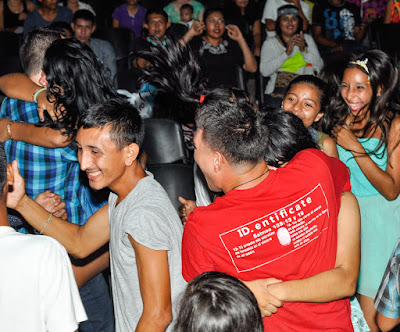 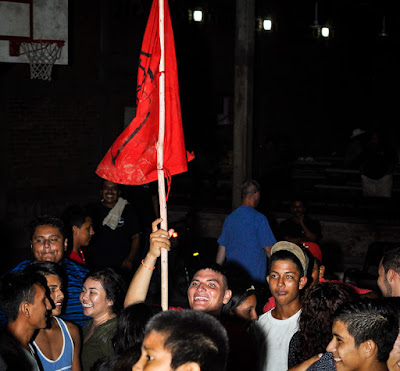 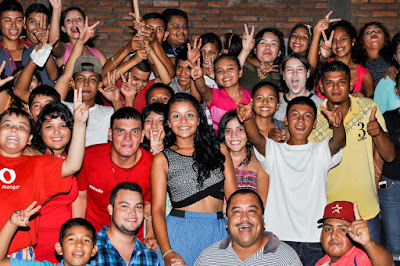 We will be working on compiling a few testimonies from students and Pastors of how God worked in their lives during EL RETO 2015.  We have already heard of some who were impacted through this outreach.  One previously unreached girl said, "My concept of Christians has changed.  I felt free to be myself and I had so much fun!  I want to continue coming."

The night closed with a video compilation of the past five weeks.  The previous week, we showed the testimony of Nick Vujicic.  Jay and Max were at an event in Tepic, Nayarit filming him speaking to over 10,000 people.  They were able to have Nick share a special message to all the students of EL RETO!!

Together, we are Raising up Leaders in Rural Mexico!

You can be part of this great event by making a special donation to EL RETO online here.  Your gifts provide the resources, preparation, promotion, transportation, prizes, and the opportunity for the young people to come to this event.  NOT ONE of the students is charged any kind of admission fee because we want them to come.  We thank you in advance for participating with us!

HERE IS THE FINAL VIDEO OF THE LAST WEEK, WEEK 6.

If you've missed any reports for each week, you can check them out here:
Week 1
Week 2
Week 3
Week 4
Week 5

Posted by The Silbermans at 8:49 AM