As the 2016 El Reto tour comes to a close, (one Saturday left), we held our two activities this week in the town of San Marcos.  The town is not far from Centro Cristiano so many of us walked to the plaza.  As we were headed there we passed a few men standing outside a store.  With all the students passing by, they asked one of the staff members what was going on.  This was a great opportunity to share about El Reto and about Centro Cristiano.  The conversation went well and we are prayerful that this conversation encourages them to visit next week’s El Reto Finale or service on Sunday! 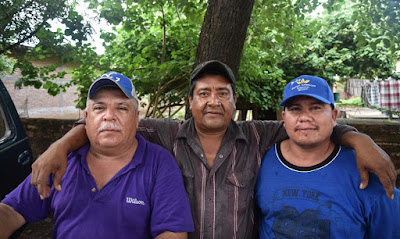 Each year, we are amazed at the talent of the young students during their projects.  Most of the teams had a commercial theme where they took different approaches to share the Gospel and ask groups to name Jesus as their Savior, change their lives, and start following Him.  Alfredo, captain of Los Perdona2, has a few years of experience in El Reto and always does a great job with dramas or skits.  Even with high expectations, his team did not disappoint.  They took a lot of time to make props including camcorders and headsets that came out great! 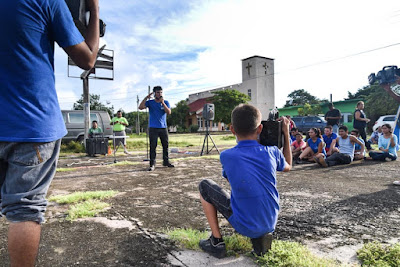 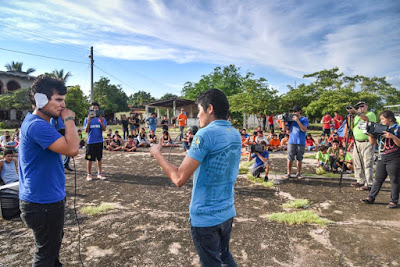 After each of the teams wrapped up, we stayed in the same spot for the Subasta or Auction.  Here the teams are using their collected points from games throughout El Reto and raffle tickets sold to bid on various prizes.  They have to be careful and spend wisely as points determine the winning team in the finale.  The students are bidding on unknown items in a plastic bin such as popsicles, candies, a list of all the clues for the hidden treasures, a chance for earning more points by cleaning the worship room, and pizza for their entire team.  After the captains bid and win a prize, the auctioneers always bring out a second box to give them the option to switch.  These are difficult decision for sure, as most of the captains will turn and get input from their team to either stick with the box they bid on, or make a last minute change. 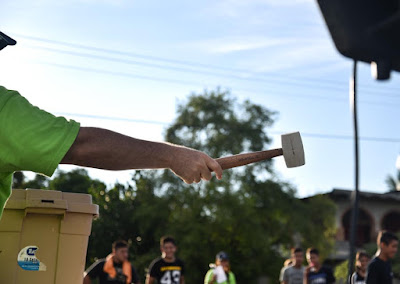 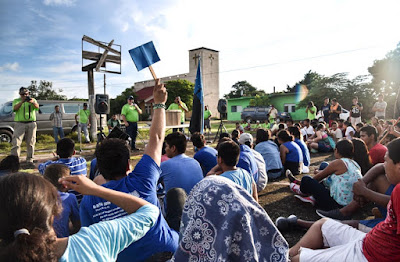 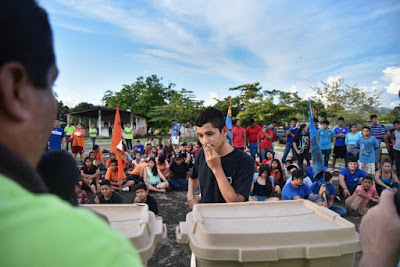 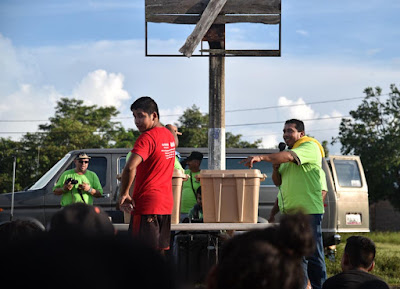 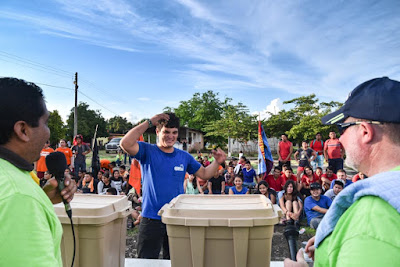 If you get lucky though, it can be all smiles and excitement… 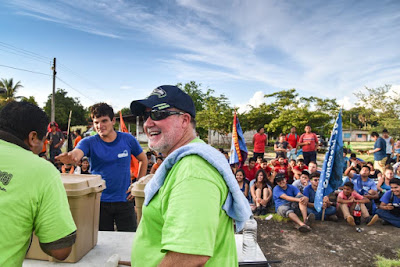 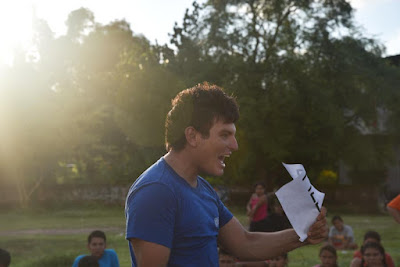 I feel like I say this every week, but this is one of my favorite events of El Reto.  The students have such an awesome time with it, and I love the anticipation and reactions of everyone, when the prizes are finally revealed. 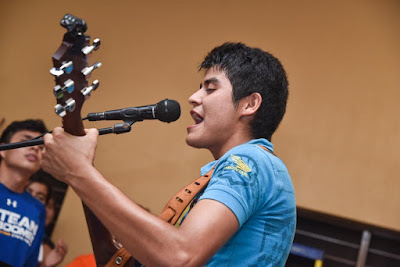 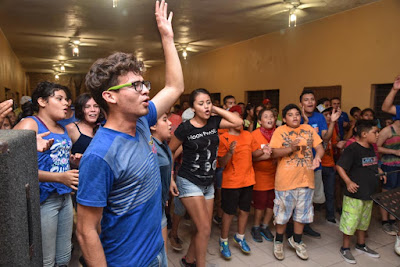 This week, members of the church in Rosamorada led the worship time for The Refuge.  Pastor Amado, the Pastor from Rosamorada, stepped in to share a message with the students and read a few passages of scripture.  Even though we experienced some technical difficulties with the sound, they rocked the room!

Next week is the Reto Finale!  I can’t believe we are at the end of the six weeks.  Looking forward to Saturday and wrapping up our time together!

Here is a video of this week's event...

Posted by The Silbermans at 9:38 AM