We had another great turnout for Week 3 of El Reto!

The evening started with a review of the Castigos/punishments and Filipos/rewards.  Punishments are for teams not following rules or displaying positive behaviors in the prior week.  When the team is announced, the captain comes forward to select a random ball from the bag. Each color ball represents a different point value that is deducted from the team.  This week, team Los Arrepentidos, chose the red ball.  This ball is special in that it represents the blood of Jesus Christ and takes away the punishment or castigo for the team (no points deducted)! When the red ball is selected Pastor Luis takes a minute to explain the meaning and significance as it relates to our Savior’s sacrifice for us. What a teachable moment for the students!

The teams first participated in a game at the church.  The captains selected a bucket of balloons and had to use a pin to pop each balloon until they found a piece of paper floating underneath. 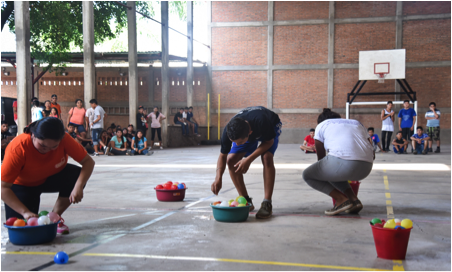 Once all the teams finished we left the church and began “La Caminata” or The Walk.  This is great opportunity for teams to bond with one another and take time to reflect on all of God’s creation as they encounter different, sometimes difficult terrain. 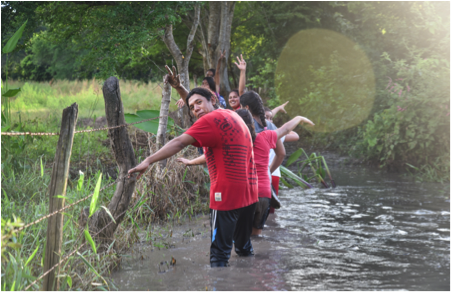 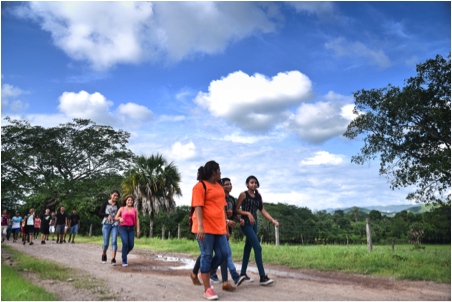 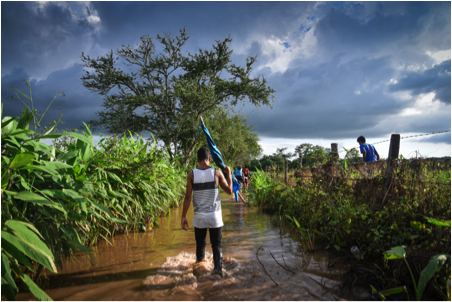 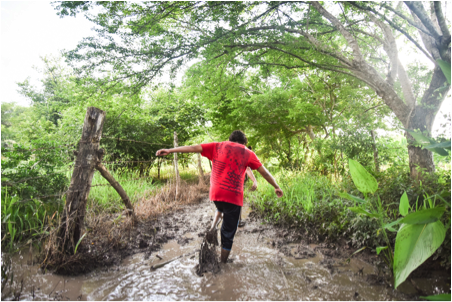 During The Walk we saw many acts of service including helping others carefully cross barbed wire and pouring water for the thirsty.  This was awesome to see. 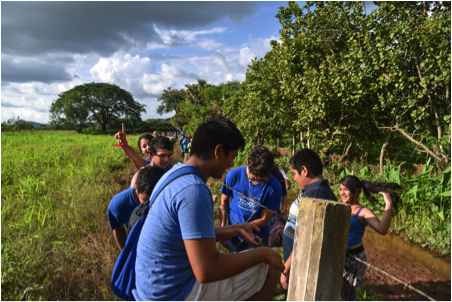 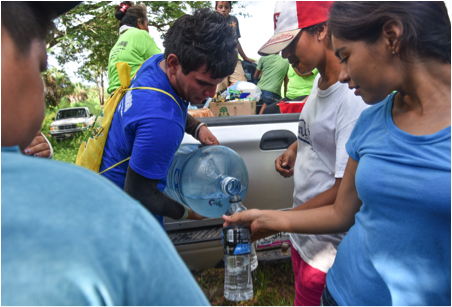 Along The Walk there were various stops where additional games were set up for the teams.  One game had students use what was around them to build a fire high enough to burn through a small rope tied above. 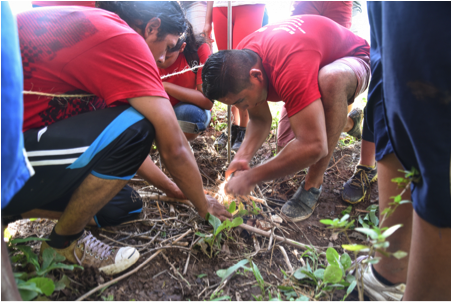 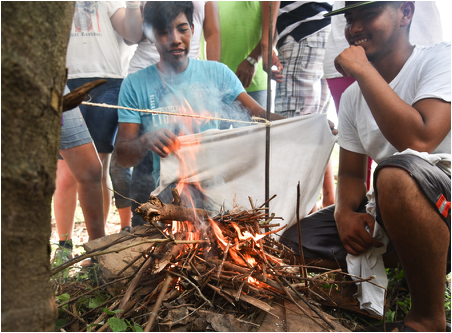 The teams then made their way to the river where they worked together in relay fashion.  They filled small buckets of water from the river and raced to fill a larger bucket offshore that would eventually raise a weighted flag.  The final game required two team members to carry ten of their fellow teammates across the river.  The catch was that they had to use two poles in which the teammates had to stand on.  This proved rather difficult for the students! 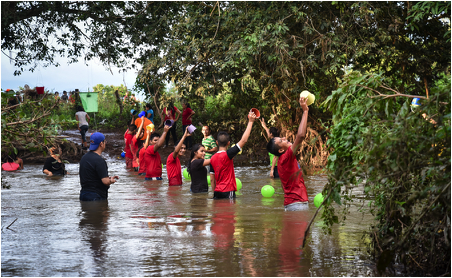 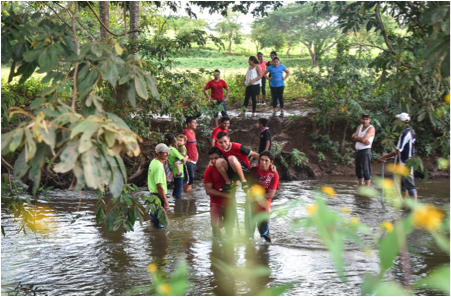 From here the students made their way back to the church for The Refuge.  Again, this is such a valuable time for worship and fellowship with a word from Pastor Luis. Even though many might be tired, there is still a ton of energy in the room! 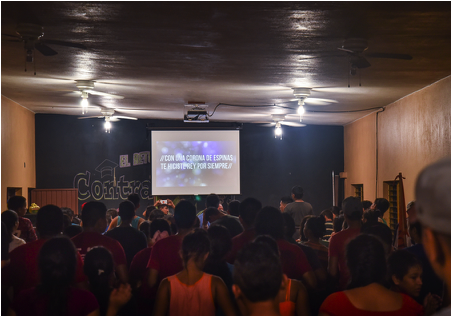 We can’t wait for next Saturday!

Posted by The Silbermans at 4:31 PM