SEE A REPORT OF WEEK ONE HERE

119 students have now participated in EL RETO 2012.  It's been an exciting year!  After many requests week after week, we brought back "Gladiators" into the plan for this year.  Many people say they want something new, but that doesn't necessarily mean they want to stop doing what we've been doing!  I think it means they want more!

We started the week out taking everyone to Arrayanes where we traditionally hold the Gladiators game.  Each team had the opportunity to throw water balloons at other teams as each of them ran through an obstacle course within a designated amount of time.  What an exciting time!! 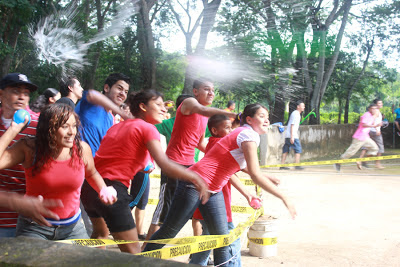 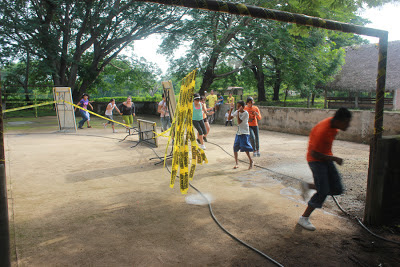 The RETO AUCTION was next after everyone returned to Cofradía.  This year we had 12 articles for sale that the teams would bid on using the points they had accumulated throughout the RETO.  This is always fun because some teams really get into spending their points; other teams hold back and don't buy anything thinking that will help them in the end to win with points.  We'll see.

Here are a few good pics of their expressions...
All the items were hidden inside a green tote box.  No one knew what they were buying.  Once the item was bought, we would bring the next item out and offer that one instead.  Sometimes they chose the one they bought, sometimes they chose the one we brought out.  This is always a lot of fun for everyone--almost everyone.  Those who spend points on insignificant items tend not to like it. :) 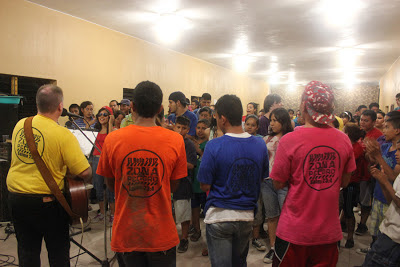 Click here to see the video that Max has prepared.  You will not want to miss the Gladiator action!!

CLICK HERE TO MAKE A "RETO" DONATION TODAY
Posted by The Silbermans at 4:57 PM