With over 25 more students arriving this week, we have seen 91 participants in EL RETO 2012!

The activities for this week started with an obstacle course / relay race.  To begin, one person from a team had to roll about 10 yards of string around a stick as they walked towards their goal.  Once they reached their goal, another member took a turn.

After three participants finished this challenge, they received a note telling them to run to the soccer field for their next activity that we called "Sponge Mily".  The person in front of the line dips a sponge in a bucket then passes it over their head to the person behind them who then passes it behind them between their legs.  This 'up-down-up-down' continues until it reaches the last person on the team who then squeezes the water into a coke bottle.

Once the coke bottle is full, they move on to their next activity which was to have two people carry their entire team from point A to point B in a wheelbarrow zig-zagging through cones. 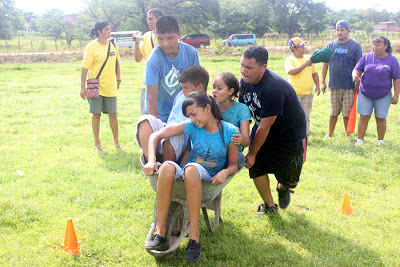 Once the whole team was across, they worked together to carry one person by rope from point A to point B as that person held blocks in their hands.


Once the team finished moving the blocks, the moved to a slip-n-slide. 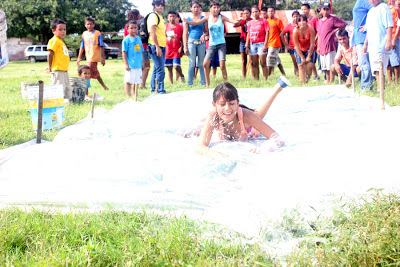 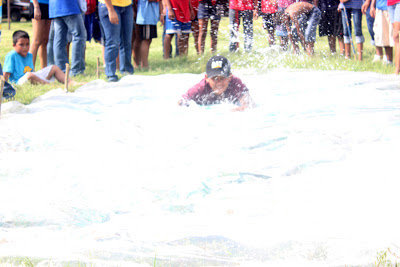 After each member slipped through, they received a note to unscramble a phrase which said, "I want to eat."  Then, they were given a menu for the infamously classic RETO BANQUET!!! 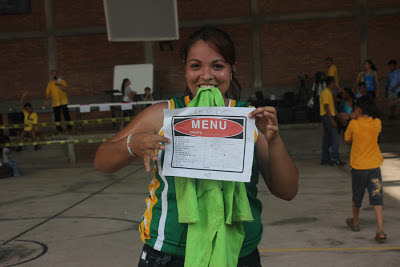 What's on the menu?
1. A bowl of powdered milk - no hands.
2. Broccoli Gerber - yuck!
3. Chocolate Chip cookies hidden under whipped cream - no hands.
4. A whole corn on the cob - everything!
5. Raw Vegetables - Broccoli, Onion, Tomato
6. Corn kernels with sour cream and chile pequin (small hot chiles).
7. Noni juice through a straw, then eat the cow eye in the cup - yep.
8. 1/3 of a boiled cow tongue.
9. A small baguette filled with Pepto-Bismol and covered (hiding the Pepto) with jam.
10. A Celery, Avocado, and Garlic drink.
11. Carne Asada in Chile Chipotle - GOOD!
12. A Cucumber drink.
13. 5 Cucumbers - two participants
14. The traditional closer; 3-Liter bottle of coke (two of them) - the whole team participates!

Want to see some photos? 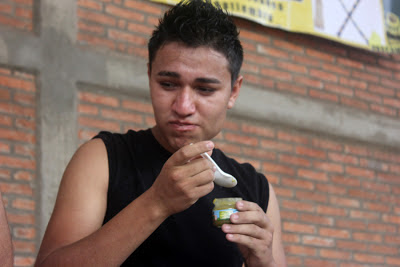 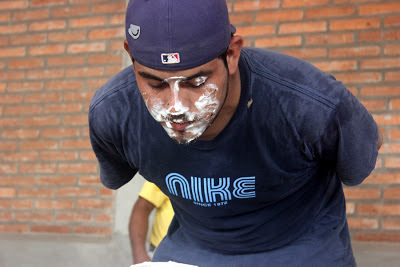 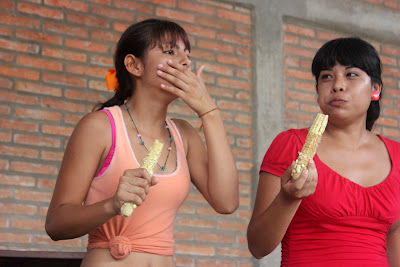 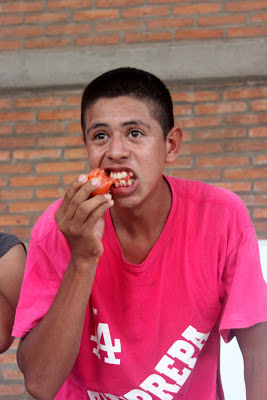 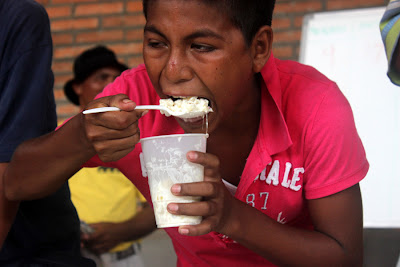 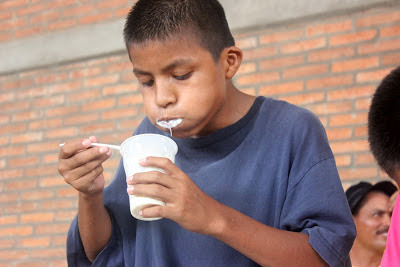 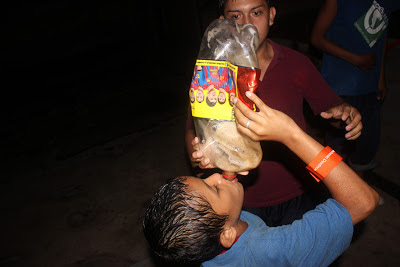 After everyone was full, we all went up to "The REFUGE" where everyone continued to eat, play games, and hang out.  Every week we finish the time with worship, encouraging words, and a short message from God's Word.  Then, it's off to vote for another team to do chores. 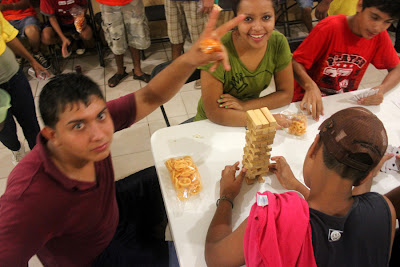 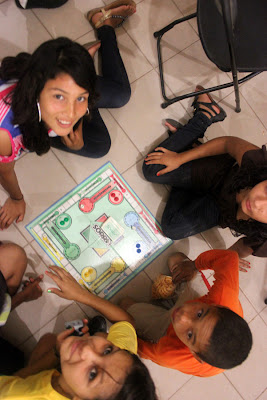 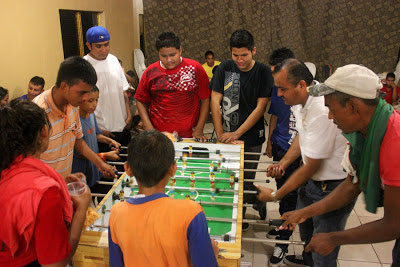 You will see a lot more action of Week Three in this video that Max put together.  You'll love it!


CLICK HERE TO MAKE A "RETO" DONATION TODAY
Posted by The Silbermans at 4:34 PM